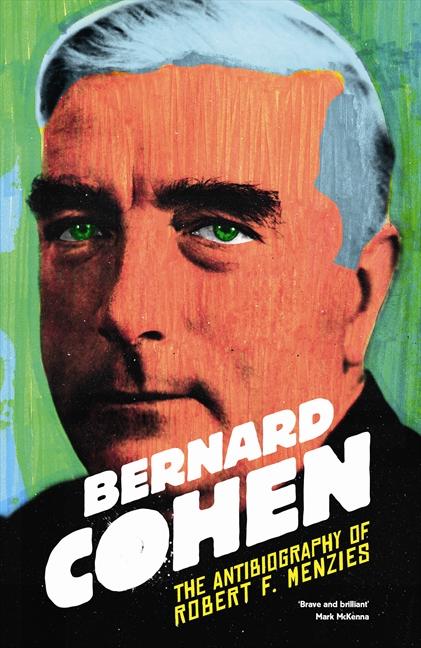 A witty, irreverent and intelligent satire of Australian politics.A soon-to-be-elected Australian prime minister invokes the spirit of Sir Robert Menzies and astonishingly, the Great Man rises from the grave. But in Canberra, amongst the nation’s leaders, the revived Menzies is rarely listened to and hardly visible. Increasingly discontented with his role as mere nostalgic symbol, Menzies escapes from Canberra. He runs westward, becoming larger and more powerful as he runs.
This, perhaps the most significant untold story in Australian political history, lands in the lap of the Antibiographer, whose contracted book on Menzies is years behind schedule. Could this be the break the Antibiographer needs to redeem his career? Will he be able to track down the Menziean colossus and save his book and reputation? And can the out-of-control Menzies ever be contained?
The Antibiography of Robert F. Menzies is playful, lyrical, surprisingly poignant and very funny.Gutsy and iconoclastic. Satire should always be this inventive and insightful. - Nigel Krauth
Entertaining and impressive work … one is left with resonances of the Menzies voice and character, both Beowulf and Grendel. - Brian Castro

In the early years of the Howard government, the Liberal Party regularly evoked the legacy of its founder and Australia’s longest-serving prime minister, Sir Robert Gordon Menzies. The Menzies era symbolised a mythical ‘golden age’ of no-nonsense Australian culture, which the new government sought to emulate. Bernard Cohen’s fifth novel, however, posits Howard’s rhetorical resurrection of Menzies as also a literal one, returning him from the dead.

The revived Menzies – at first little more than a shadow in the background of government press conferences – quickly grows, both in strength and apathy. Disillusioned with the modern world, he soon escapes from Canberra, running at breakneck speed across the countryside and increasing rapidly in size. The government can neither confirm nor deny this is happening, but would much rather talk about the economy.

This premise sounds ridiculous – and it is – but it is only one element of Cohen’s multi-layered experiment with narrative, genre and character: littered with footnotes ruminating on Cohen’s thematic decisions and writing practice, the book practically reviews itself as it is being read. The Antibiography of Robert F. Menzies (the F, ostensibly, is for ‘Fucking’) also follows the voices of a mysterious Liberal Party figure and the frustrated Antibiographer, battling to tell the true story of the revenant former leader.

It’s tough going in the beginning, but once you settle into Cohen’s style and rhythm, Antibiography offers biting observations on nostalgia, writing and the sorry state of political rhetoric with a dry, absurdist humour reminiscent of Tom Stoppard or Douglas Adams. By simultaneously writing and not-writing about Robert F. Menzies, Cohen has created an astonishing and seemingly paradoxical piece of literary art that shouldn’t work, but does.