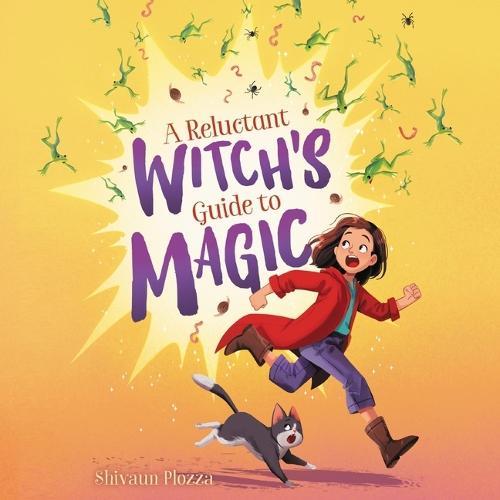 Kiki’s Delivery Service meets Cressida Cowell in this exciting and imaginative (Kirkus) middle grade fantasy about a non-magical girl who discovers she does, indeed, have magic–and she must choose between two warring witch covens or she’ll explode! Willa lives in the Wild, in a city squished between two warring witch covens. The non-magical Wildians spend their days dodging wayward spells–from raining frogs to dancing chickens–all because of the witch war raging around them. Being stuck in the middle of a magical war means the Wildians hate witches–none more so than Willa, whose parents were turned into clouds by a misplaced curse. Willa spends her days with her army of cats, dreaming of an end to the war and her parents' return. So when Willa is accused of being a witch after witnesses catch her accidentally stopping a spell midair, she’s certain there’s been a mistake. She can’t be a witch! Yet Willa is dragged to the palace, where she’s given one year to master her volatile magic and choose a coven to join. If she doesn’t, she’ll explode. But her attempts to control her magic are interrupted when a rogue witch begins nefarious spells against the Ordinary Folk. What does the witch want and what does it have to do with Willa? She must unravel the mystery to save her city, her friends, and herself.