The Physician-Legislators of France: Medicine and Politics in the Early Third Republic, 1870-1914 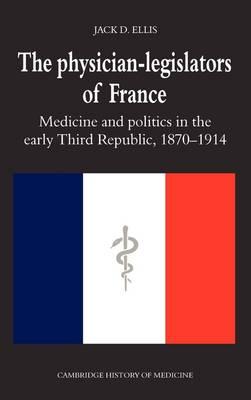 The Physician-Legislators of France: Medicine and Politics in the Early Third Republic, 1870-1914

Between the birth of the Third Republic and the outbreak of World War I, French medical doctors gained a far-reaching influence over the political life of their country, serving as mayors on the local level and ranking second only to lawyers in parliament. Their frequent medical contact with the people served as the foundation for their political success. In this volume Ellis explores the causes and significance of this phenomenon by examining the careers of the members of parliament who held degrees in medicine. It is the first book to deal explicitly with the backgrounds and careers of the physician-legislators, and uses a wealth of previously untapped sources. This study places medical history within a larger political framework and will be of interest to all concerned with modern French and European history, the social history of medicine, and the evolution of the professions.