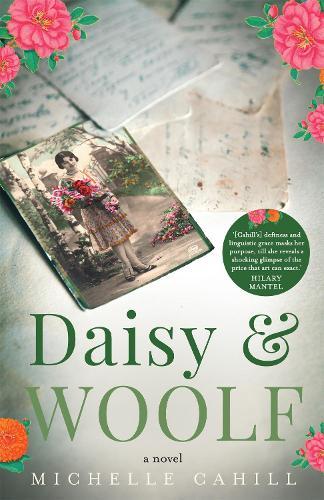 ‘This is where I begin. This blank page draws me nearer to you, the day sweltering, my courage quickens, the curtains billowing and the punkah swaying, the punkah rattling as I sit at my writing bureau … it is a soothing sound.’

Mina, a writer, is navigating her place in the world, balancing creativity, academia, her sexuality and the expectation that a wife and mother abandons herself for others. For her, like so many women of mixed ancestry, it is too easy to be erased. But her fire and intellect refuse to bow. She discovers ‘the dark, adorable’ Eurasian woman Daisy Simmons, whom Peter Walsh plans to marry in Virginia Woolf’s Mrs Dalloway. Daisy disappeared from Woolf’s pages, her story unfinished - never given a voice in the novel, nor a footnote in any of the admiring Woolf scholarship that followed.
While dealing with the remains of another life, Mina decides to write Daisy’s story. Travelling from Australia to England, India and China, freelancing and researching, she has to navigate cultural and race barriers, trying hard not to look back or flinch at the personal cost. Like Woolf, her writing both sustains and overwhelms her. But in releasing Daisy from her fictional destiny, Mina finds the stubbornness and strength to also break free.

Michelle Cahill’s Daisy and Woolf is an impressive, ambitious postmodern novel that raises questions around race, class, feminism, Empire, the post-colonial voice and so much more. Told in dual narratives, one of the threads follows Daisy Simmons, a sidelined character in Virginia Woolf’s 1925 novel Mrs Dalloway. Married to a major in the Indian army, Daisy is the lover of Woolf’s Peter Walsh, but here she is presented to us in a fuller-bodied palette: a bold young mother living in Calcutta, fuelled by a longing to be with her lover, but also by a deeper desire for freedom and a life on her own terms. Daisy is also aware of the social unrest around her, even though her Anglo- Indian status offers some protection of privilege against the seismic shifts we can sense rumbling beneath her feet.

Running alongside Daisy’s story is that of the writer Mina, who is trying to write a book about Daisy Simmons from her rented room in Bloomsbury. As she walks the bustling, dynamic streets of London – so deliberately different from that of Woolf’s – she ponders thorny questions around how to write back to this titan of modernism: ‘Is it ever possible to tell stories which are not in some way partial, appropriating?’ Other things in her life however claw at her attention: grief over her mother’s death, an increasingly distant relationship with her child, the stress of seeking grants so she can continue this work.

I have tried hard not to give away too much of this novel as it contains some unexpected detours and surprises – some of them quite harrowing. Among her many other impressive qualifications (doctor, founder of literary journals, winner of literary awards), Cahill is a poet and her sentences seduce with flashes of life. Objects, sensations, emotions, even the lumbering behemoth of history, all act and move in Cahill’s prose, twisting around you with an insurgent will of their own. Her ability to imbue Daisy with a pitch- perfect voice of the period is impressive. As with many novels that employ multiple narratives, some threads are knitted together with more even tension than others, but this is a fascinating work and it’s rare to see something of its kind in the Australian literary landscape.

Jackie Tang is the editor of the Readings monthly