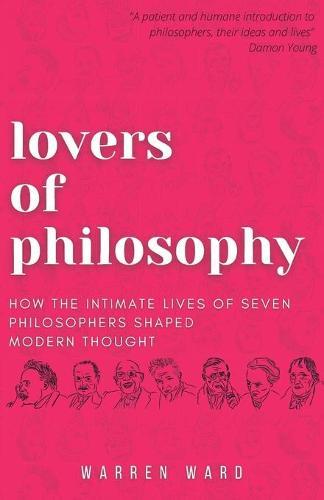 They were Europe’s greatest thinkers, but what were they like at love?
Lovers of Philosophy explores the love lives of seven philosophers, and how their most intimate experiences came to shape their ideas. In these pages, the reader learns about the significance of Kant’s infatuation, Hegel’s premarital liaisons, Nietzsche’s heartbreak, Heidegger’s hypocrisy, Sartre’s promiscuous polyamory, Foucault’s sexual liberation, and Derrida’s dalliances in extramarital desire.
The stories of these philosophers' love lives are told against a backdrop of Europe undergoing tumultuous change. Beginning in the eighteenth-century Prussian Enlightenment, the book traverses the French Revolution, Napoleonic wars, Industrial Revolution, two World Wars, and events of May 1968 before arriving at the culture wars of the late twentieth century.
For anyone who has struggled to understand continental philosophy’s vast array of movements, from German idealism through to phenomenology, existentialism, post-structuralism, and deconstructionism, Lovers of Philosophy also provides the reader with an easy-to-follow overview of the progression of ideas from Kant to Derrida.
$32.99Add to basket ›