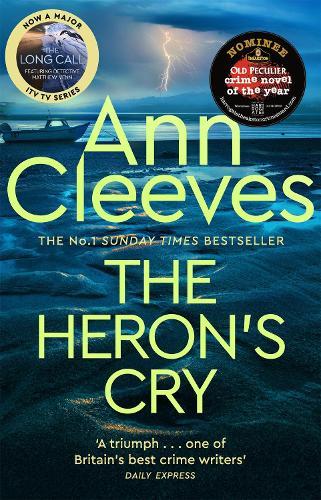 Now a major ITV series, The Long Call, adapted for television by screenwriter Kelly Jones and starring Ben Aldridge. ‘Matthew Venn is a keeper … stunning’ - David Baldacci The number one Sunday Times bestselling series featuring Detective Matthew Venn, from author and creator of the Vera and Shetland series, Ann Cleeves - soon to be a major TV series. North Devon is enjoying a rare hot summer with tourists flocking to its coast-line. Detective Matthew Venn is called out to a rural crime scene at the home of a group of artists. What he finds is an elaborately staged murder - Dr Nigel Yeo has been fatally stabbed. His daughter, Eve, is a glassblower, and the murder weapon is a shard of one of her broken vases. Dr Yeo seems an unlikely murder victim. He’s a good man, a public servant, beloved by his daughter. Matthew is unnerved though to find that Eve is a close friend of Jonathan, his husband. Then another body is found - killed in a similar way. Matthew finds himself treading carefully through the lies that fester at the heart of his community and a case that is dangerously close to home … The Heron’s Cry is the second novel in Ann Cleeves' Two Rivers series following her Sunday Times bestseller, The Long Call. SHORTLISTED FOR THE NED KELLY AWARD FOR BEST INTERNATIONAL CRIME FICTION 2022 Praise for The Long Call: ‘Had me hooked … a promising beginning to another fine chapter in the Ann Cleeves’ story' - The Times ‘A triumph that cements Cleeves’ status as one of Britain’s best crime writers' - Daily Express ‘Clever, compassionate and atmospheric … I am already a Matthew Venn fan’ - Elly Griffiths ‘Cleeves combines a flair for evoking sense of place with a thoughtful, complex plot’ - Mail on Sunday ‘A traditional mystery of the best sort’ - Guardian