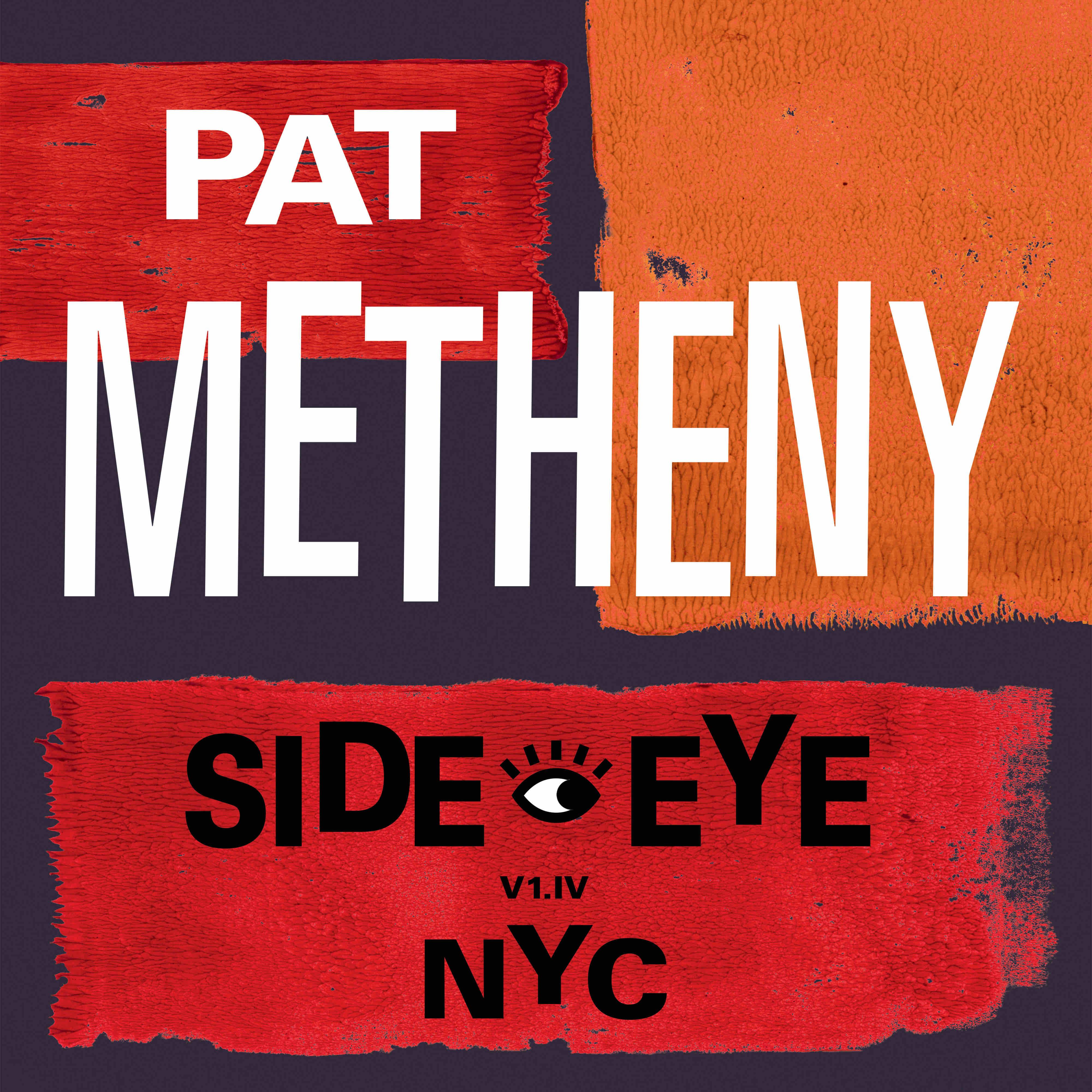 Unlike almost any other modern musician, Pat Metheny remains uniquely unpredictable. A new Metheny record could be almost anything as the only musician to have won twelve of his twenty Grammy awards in twelve different categories. His recent recording Road To The Sun caused a sensation in the classical music world for its intricate and emotionally satisfying chamber music compositions. At the same time, its immediate predecessor From This Place was Downbeat magazine’s Jazz Record of the Year as an expansive and timeless large-scale work.
Side-Eye NYC (V1.IV) is an exciting, vibrant and energized new platform for Metheny, showcased in a recording that features 30 minutes of intricate new music set alongside a few unexpected and creative re-workings of Metheny classics re-imagined.
So, what is Side-Eye?
Pat explains, “I wanted to create an ongoing platform to host a rotating cast of the newer generations of musicians who have particularly caught my interest along the way. From my earliest days in Kansas City onward, I was the beneficiary of so many older musicians hiring me, which gave me a chance to develop through the prism of their experiences and the particular demands of what their music implied.”
He continues, “I have been feeling like I wanted to have a specific setting to focus on some of the younger NYC musicians I have enjoyed recently where there seems to be some kind of kinship happening. About every ten or twelve years, there seems to be a crop of players coming along who find a certain resonance with whatever it is that my thing seems to represent to them. The last time that happened was the Josh Redman, Christian McBride, Brad Mehldau, Antonio Sanchez generation, and it seems to be happening again now.”
“Just as it was back then, I have been hearing from these newer players on the scene when they get to town who get in touch to talk about the influence that some of my records and tunes have had on them. When there is time, I always try to invite them up to my house to do some playing. Very often, it’s a natural and organic thing for me to play with them; they have literally grown up listening to the recordings and playing those compositions from their beginnings, just as I did with many of the folks that I eventually wound up playing with too.”
“My good friend, the great drummer Eric Harland called me up one day to tell me about James Francies and how he wanted to get together with me. I suggested we get a bass player and have a session. Eric said, "You don’t need a bass player with James!”. That was an incredible day, and from that, the idea of building a first edition of the concept around James and his amazing talent was formed.“

Metheny has given this band concept the name Side-Eye and hopes that it might become a rotating group of musicians who could come and go in different combinations. So far, there have been four iterations, hence the V.1-IV sub-heading on the record.