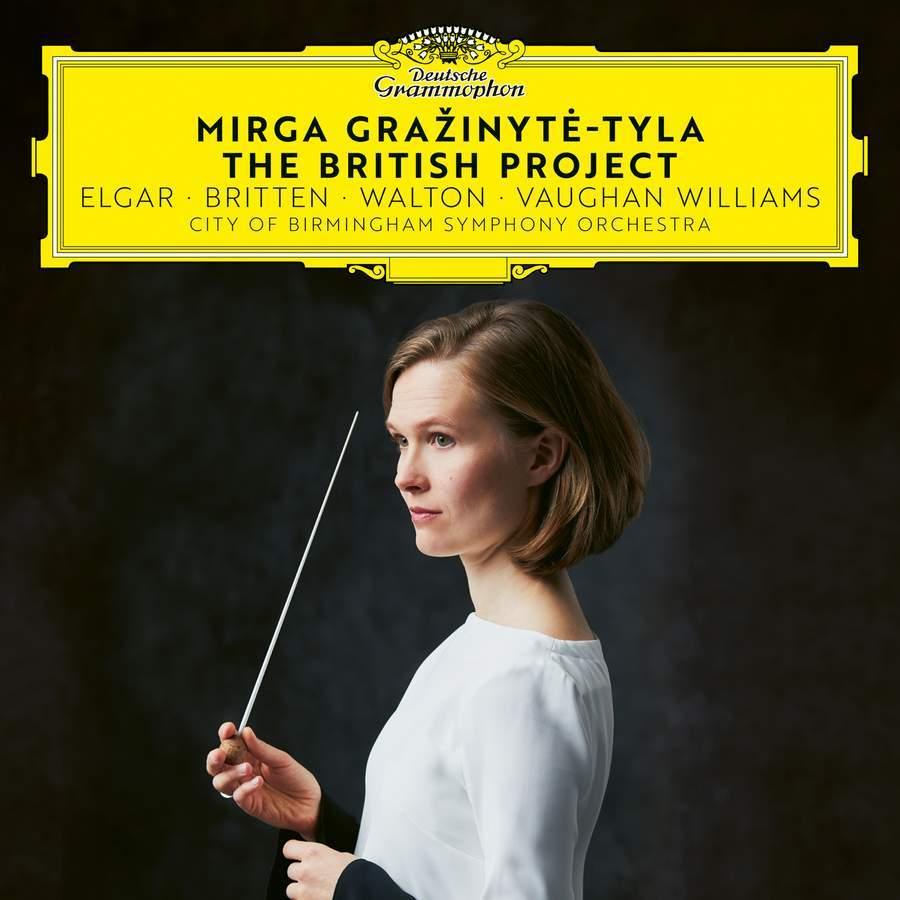 Deutsche Grammophon presents conductor Mirga Gražinytė-Tyla and the City of Birmingham Symphony Orchestra’s next instalment of The British Project. This release marks the third chapter of the project, presenting works by Elgar and Vaughan Williams after last October’s release of Britten’s Sinfonia da Requiem. Which was followed earlier this year by a second instalment, presenting the Symphonic Suite from Walton’s opera Troilus and Cressida.
The British Project is now available on CD, with the Britten and Walton works framed by Elgar’s Sospiri and Vaughan Williams' Fantasia on a Theme by Thomas Tallis.

I always like being honest in my reviews and to be frank, this is an odd duck of a recording: the glories of Vaughan Williams’ Fantasia on a Theme by Thomas Tallis, paired with the almost unknown arrangement of a symphonic suite from William Walton’s opera Troilus and Cressida. Throw in Britten’s Sinfonia da Requiem – his largest pure orchestral work – with Elgar’s melancholy Sospiri Op. 70 and you have a beautiful but strange album of 20th- century British orchestral works.

In 1940, Britten was commissioned by the Japanese government to write a piece to celebrate the 2600th anniversary of the founding of Japan by the legendary first emperor, Jimmu. But they dismissed Sinfonia da Requiem when he presented it due to its use of Latin and overall style. However, a performance of the Requiem in Boston led to the commission of his famous opera Peter Grimes. William Walton, inspired by the success of the first ever popular English Opera, spent seven years working on Troilus and Cressida, which was based on a narrative poem. However, it was highly criticised upon debut and never achieved the success Walton wanted. After Walton’s death, Christopher Palmer, a well-known arranger of lesser-known British works, took Walton’s music and shaped it into a symphonic suite, delightfully assimilating the vocal parts into the orchestra.

Across these four works, the real attraction of the album is the performance of the City of Birmingham Symphony Orchestra with its outgoing music director, Mirga Gražinytė- Tyla, at the helm. There’s a real style to the shaping of the phrases in the lush string moments, and bright woodwinds give flavour to what could otherwise be some muted patches. An odd duck this may be, but well worth exploring and drilling into the layers of musicianship and meaning contained in these works.