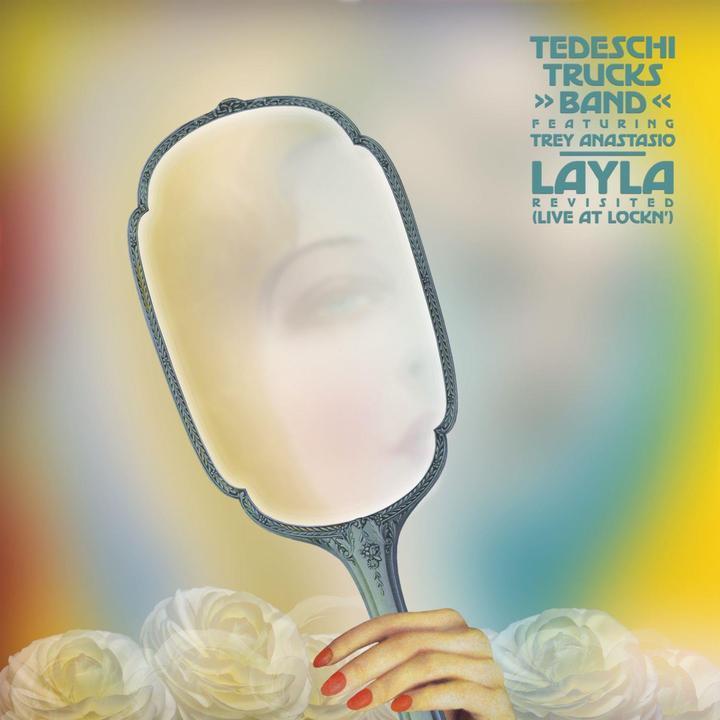 Tedeschi Trucks Band’s Layla Revisited (Live At LOCKN') is a one-off live recording of the seminal Derek & The Dominos album Layla and Other Assorted Love Songs, performed in its entirety with special guest Trey Anastasio.
Recorded on August 24, 2019 at the LOCKN' Festival in Arrington, VA, Layla Revisited captures Tedeschi Trucks Band at their incendiary best, with Anastasio proving the perfect foil to the transcendent musical union of guitarist Derek Trucks and guitarist/vocalist Susan Tedeschi, and frequent TTB collaborator Doyle Bramhall II, further supporting a live experience that, in the words of Uproxx’s Stephen Hyden, provides “life-affirming shelter from the soul-destroying storm.”
The performance of Layla came as a complete surprise to fans lucky enough to be in attendance at LOCKN' that evening. Initially billed only as “Tedeschi Trucks Band featuring Trey Anastasio,” the artists made no mention of the set of music they diligently rehearsed and planned ahead of time. But the links between the band and the album are deeply woven into the fabric of their existence.
Propelled by two of the twentieth century’s greatest guitarists, Eric Clapton and Duane Allman, Layla and Other Assorted Love Songs was serendipitously released on November 9,1970, the very day of Susan Tedeschi’s birth. Later, Chris and Debbie Trucks were such fans of the album that they were inspired to name their firstborn son Derek. Decades later, Trucks would enjoy a fifteen-year tenure as a member of The Allman Brothers Band, and tour extensively with Clapton. Such is the depth of connection between the music and the performers that this album feels almost preordained.
$34.99Add to basket ›