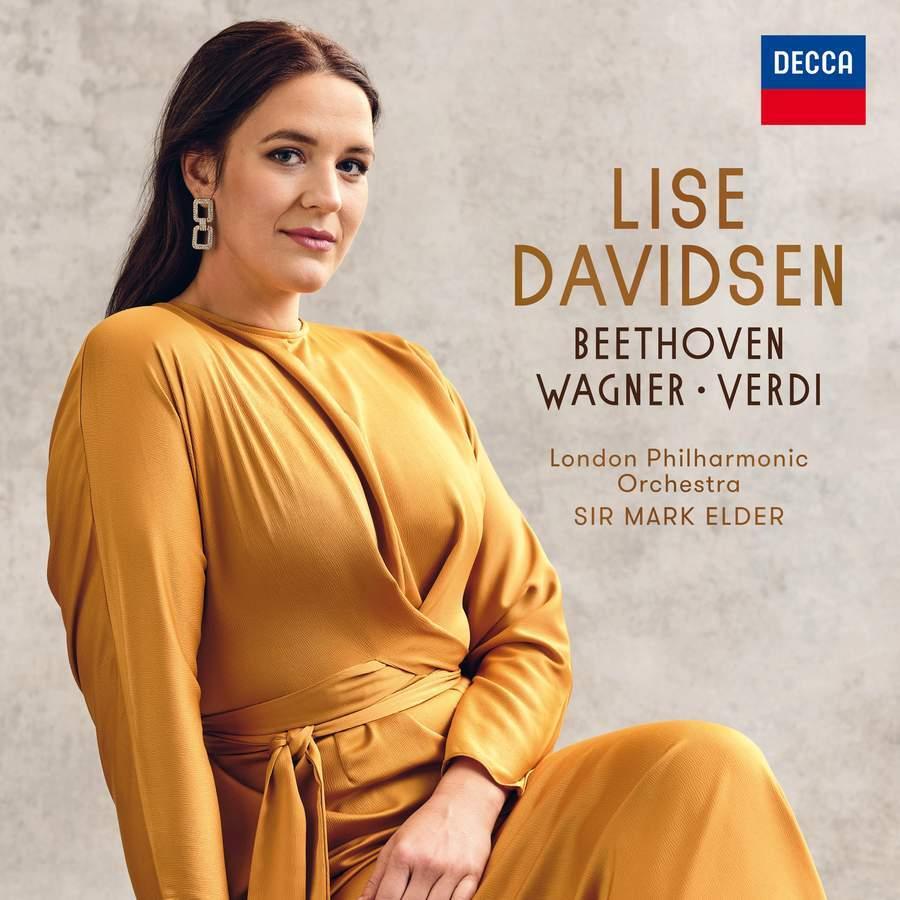 The powerhouse Norwegian soprano is in expansive, radiant voice for Wagner’s Wesendonck-Lieder and arias from Fidelio, Otello, La forza del destino, Medea, and Cavalleria rusticana with Sir Mark Elder and the London Philharmonic Orchestra.
Her second album explodes from the speakThe powerhouse Norwegian soprano is in expansive, radiant voice on her second albumers with Leonore’s aria from Fidelio, the role which bowled over critics in March 2020: “She will surely be the outstanding Leonore of the next generation.” ★★★★ Financial Times.
Presenting some of the great operatic heroines from the German and Italian repertoire: Verdi’s Leonora from La forza del destino, Cherubini’s Medea, and Santuzza in Cavalleria rusticana further demonstrating her versatility. Featuring Wagner’s five Wesendonck Lieder which has become a signature piece for Lise and which affords us a glimpse of her future Isolde. Recorded in lockdown with the London Philharmonic Orchestra and the doyen of British opera conductors, Sir Mark Elder.
“It’s a one-in-a-million voice.” Antonio Pappano
$24.99Add to basket ›