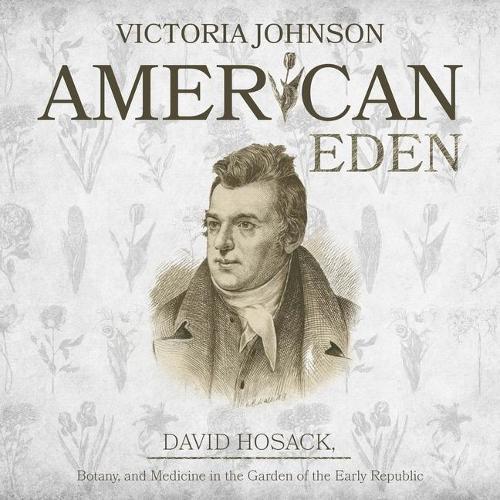 When Dr. David Hosack tilled the country’s first botanical garden in the Manhattan soil more than two hundred years ago, he didn’t just dramatically alter the New York landscape; he left a monumental legacy of advocacy for public health and wide-ranging support for the sciences. A charismatic dreamer admired by the likes of Jefferson, Madison, and Humboldt, and intimate friends with both Hamilton and Burr, the Columbia professor devoted his life to inspiring Americans to pursue medicine and botany with a rigor to rival Europe’s. Though he was shoulder-to-shoulder with the founding fathers–and even present at the fatal duel that took Hamilton’s life–Hosack and his story remain unknown. Now, in melodic prose, historian Victoria Johnson eloquently chronicles Hosack’s tireless career to reveal the breadth of his impact. The result is a lush portrait of the man who gave voice to a new, deeply American understanding of the powers and perils of nature.