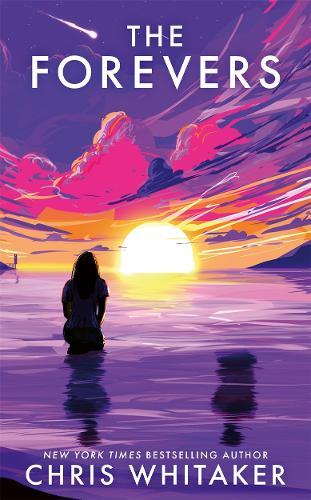 They knew the end was coming. They saw it ten years back, when it was far enough away in space and time and meaning. The changes were gradual, and then sudden.
For Mae and her friends, it means navigating a life where action and consequence are no longer related. Where the popular are both trophies and targets. And where petty grudges turn deadlier with each passing day. So, did Abi Manton jump off the cliff or was she pushed? Her death is just the beginning of the end. With teachers losing control of their students and themselves, and the end rushing toward all of them, it leaves everyone facing the answer to one, simple question…
What would you do if you could get away with anything?

What would you do if the world was going to end in 30 days?

There is an asteroid heading towards earth. It has been moving towards us for a decade, looming above in space. There have been repeated attempts to destroy it and divert it – some of which are reminiscent of the 1990s movie Armageddon with Bruce Willis – but it is still coming. There is one last shuttle, one last attempt. Will it work? Time is running out.

For Mae, the end of the world is just one more problem to try and cope with. Mae already has it rough; she cares for her younger sister, who is blind, and her grandmother, who is showing signs of dementia, all while facing the trauma – still fresh – of losing her parents years before. Throw in an unexpected dead friend – Abi Manton. Did Abi jump or was she pushed?

This is the premise of Chris Whitaker’s first young adult novel, The Forevers. Whitaker is already an award-winning author of adult thrillers (Tall Oaks, All the Wicked Girls and We Begin at the End), so I was intrigued to see how he would handle the transition to YA. His prose is heartbreaking and raw, but also full of depth. Mae and her community express the confusion, loss and rage they feel in different ways, and it is challenging at times to witness. But there is also hope, love and belief here. Throughout, you see the dark and light in people, as well as the grey. A worthy read for ages 14+.

The Hitchhiker’s Guide to the Galaxy: Illustrated Edition