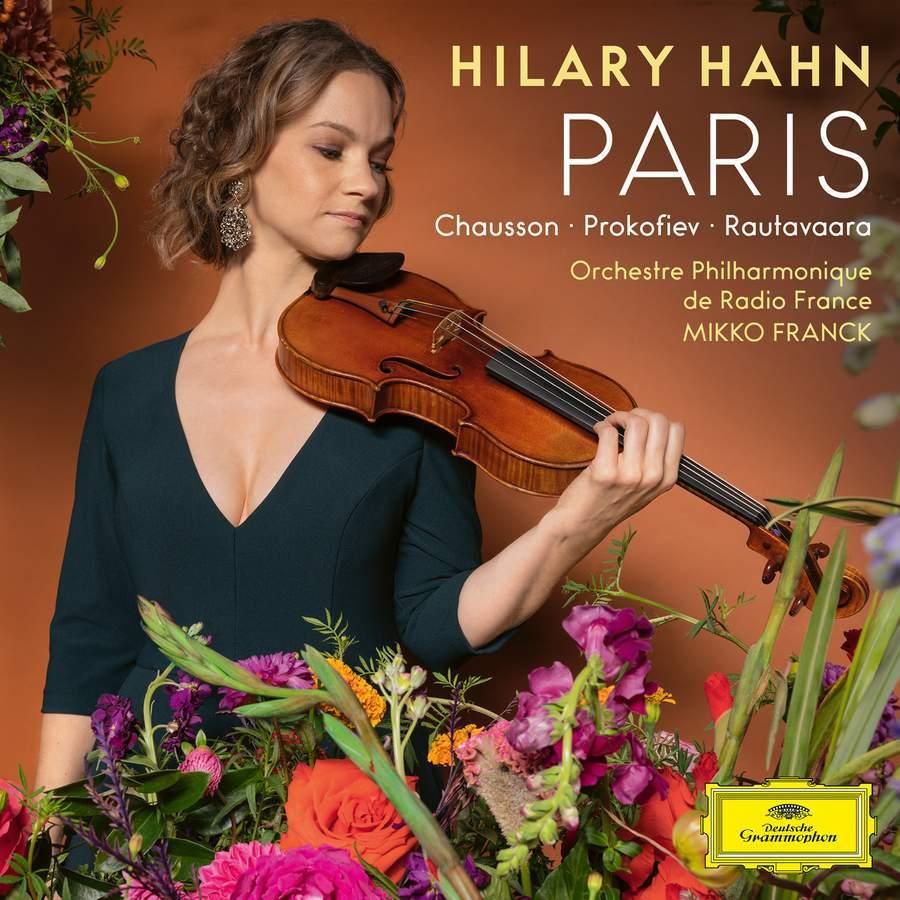 Paris is Hilary Hahn’s comeback project after her one-year sabbatical. Now Hilary is back with her first album on Deutsche Grammophon in five years.
The new album features Poème for Violin and Orchestra by Parisian-born composer Chausson; Prokofiev’s Violin Concerto no.1, first performed in Paris; and the world-premiere recording of Rautavaara’s final score, Deux Sérénades, written for and premiered by Hahn, the Orchestre Philharmonique de Radio France and its Music Director, Mikko Franck.

Paris,“ says Hahn, "is about expression, it’s about emotion, it’s about feeling connected to a city and a cultural intersection, in a way that’s inspiring for the player and the listener. It has Parisian threads all the way through it. But it’s also a big reference to the arc of my career. I’ve been playing in Paris since I was a teenager.”
$29.99Add to basket ›