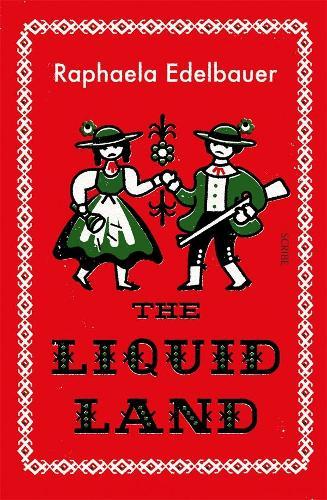 When her parents die in a car accident, the highly talented physicist Ruth Schwarz is confronted with an almost intractable problem. Her parents' will calls for them to be buried in their childhood home - but for strangers, Gross-Einland is a village that remains stubbornly hidden from view.

When Ruth finally finds her way there, she makes a disturbing discovery: beneath the town lies a vast cavern that seems to exert a strange control over the lives of the villagers. There are hidden clues about the hole everywhere, but nobody wants to talk about it - not even when it becomes clear that the stability of the entire town is in jeopardy. Is this silence controlled by the charming countess who rules the community? And what role does Ruth’s family history, a history she is only just beginning to uncover, have to play?
The more questions Ruth asks, the more vehement the resistance she encounters from the residents. But as she continues to dig deeper, she comes to realise that the key to deciphering the mysterious codes of the people of Gross-Einland can only lie in the history of the hole.
In the literary tradition of Thomas Bernhard and Elfriede Jelinek, Raphaela Edelbauer weaves the complexities of small-town social structures into an opaque dream fabric that is frighteningly true to life, and in the process she turns us towards the abject horror that lies beneath repressed memory. The Liquid Land is a dangerous novel, at once glittering nightmare and dark reality, from an extraordinary new literary voice.

Austrian writer Raphaela Edelbauer studied Sprachkunst – Language Art – in Vienna. Her disturbing metafiction, Das flüssige Land, was shortlisted for the German Book Prize in 2019 and this English translation by Jen Calleja has been published as The Liquid Land. Theoretical physicist Ruth Schwartz’s parents die in a questionable car crash, and she sets off in search of their hometown of Greater Einland to arrange the double funeral. The only problem is the town isn’t easy to find. It’s not on any map of Austria, and – like many a mythical place – it turns out that it can only be discovered by accident.

But once the highly strung, self-medicating Ruth enters Greater Einland, the quaint village exerts a strange and sinister power over her. The place is a combination of Mervyn Peake’s Gormenghast, David Lynch’s Twin Peaks, and Kafka’s castle. Ruth is hired by the Duchess, the martinet who rules the town, to solve the problem of the sinkhole which threatens to swallow it. A doctoral candidate in theoretical physics, the geological challenge is not at all in Ruth’s line of work, but she’s persuaded to take it on. The more she finds out, however – as bodies are dug out of backyards, as records of past massacres turn up – the more that the reader recognises unheimlich Greater Einland as an actual town in an actual country haunted by past horrors, like, say, Austria. Or Australia.

The narrative rolls on, the crevasse grows and the little town tilts and slides like a listing ship. Time loops. The countryside writhes. Edelbauer conjures a gut-level queasiness around questions of participation in and propagation of historical lies in a country with a silenced history of violence. This novel becomes a study of the deformations that such silences work upon citizens and indeed on physical landscapes. It’s a visceral wrestle with the presence of the past.