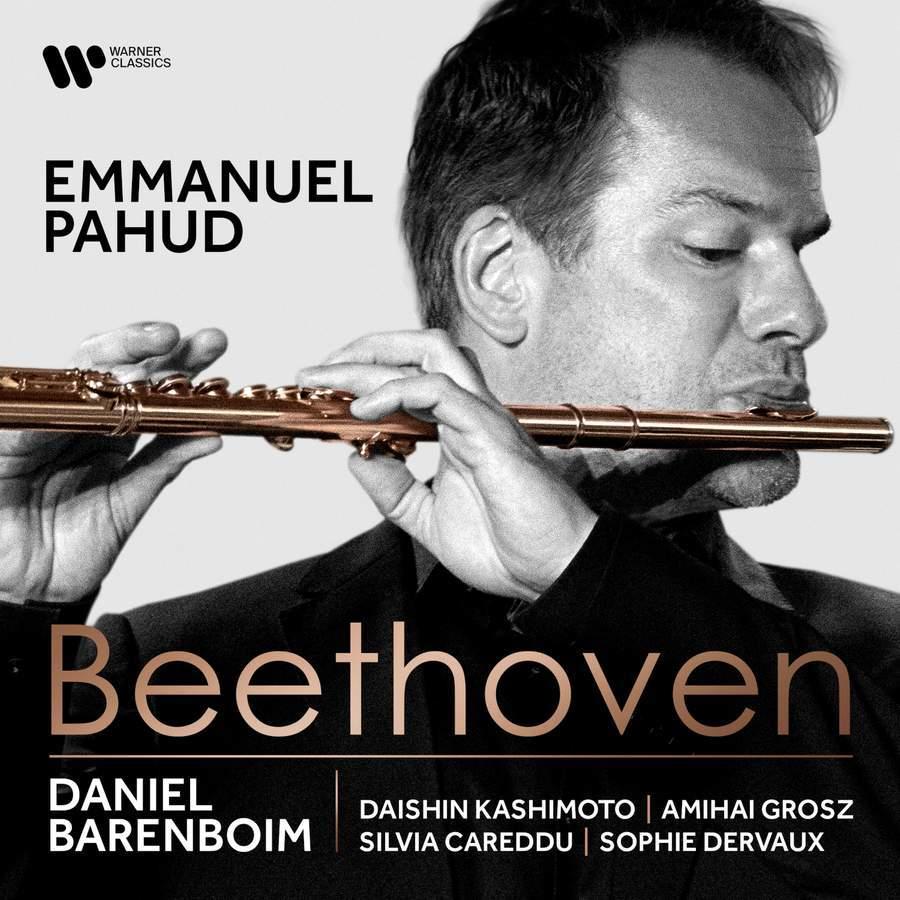 Warner Classics' final release for Beethoven’s 250th anniversary year is a charming programme of chamber music with flute.The four works, all dating from the earlier years of the composer’s career, were recorded in June 2020 in Berlin’s Pierre Boulez Saal by a distinguished group of musicians led by Daniel Barenboim, here in his role as pianist, and flautist Emmanuel Pahud.
Joining them are two of Pahud’s colleagues from the Berliner Philharmoniker, the orchestra’s First Concertmaster Daishin Kashimoto and its Principal Viola, Amihai Grosz, and two players with links to the Wiener Philharmoniker, its Principal Bassoon Sophie Dervaux, and Silvia Careddu, formerly its Principal Flute.

Why is Beethoven so delightfully cute on the flute? Beethoven might be rolling in his grave as I say this, but as I listened to this album, I just kept finding myself smiling at the cheeky phrases effortlessly tossed off by flautist Emmanuel Pahud, pianist Daniel Barenboim and their colleagues. Starting with an enchanting arrangement of the Violin Sonata No. 8, the album also includes the Serenade in D major for Flute, Violin and Viola, as well as the Trio in G major for Flute, Bassoon and Piano.

Last year marked the 250th anniversary of Beethoven’s death and ABC Classic celebrated by playing every work he ever wrote. If you missed these sweet little chamber works you must listen to this album. Not only are the works themselves purely delightful, but the musicianship is superb. What particularly tickled my fancy though was in the inclusion of the Beethoven Duo for Two Flutes in G major. Did you even know this existed? I bet you didn’t! I play it almost every week with my students as sightreading practice and it’s yet to get old. Give yourself a treat with this pick-me-up from Beethoven.