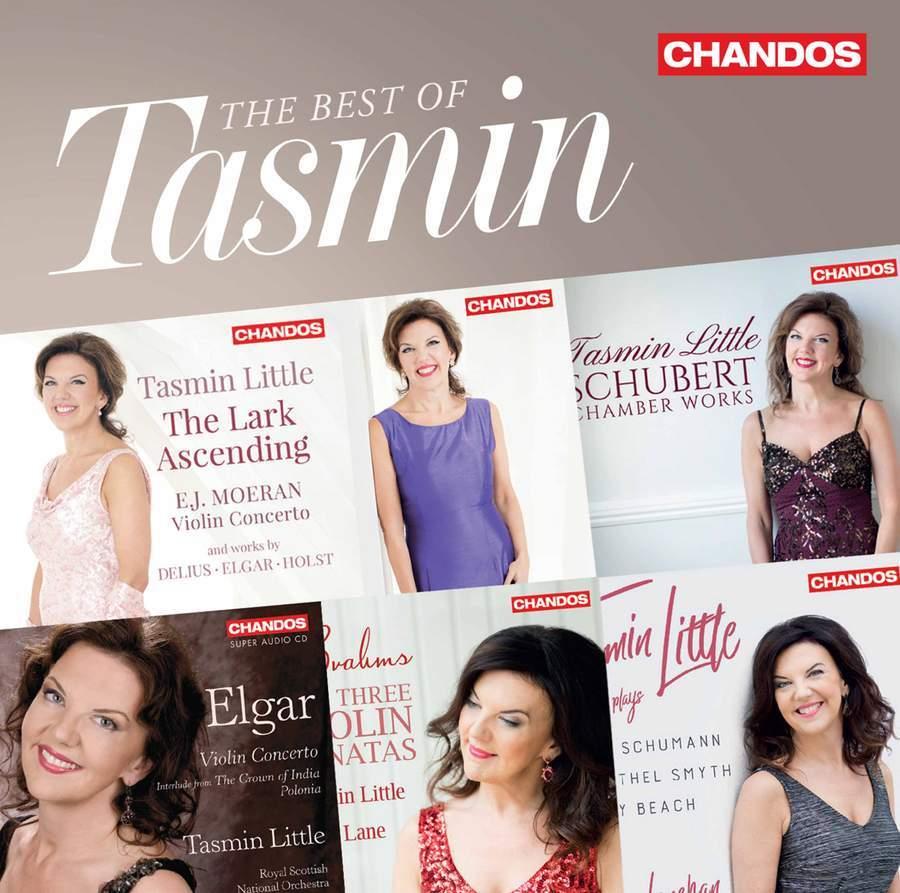 Following the announcement by Tasmin Little of her intended retirement from the concert platform, we wanted to create an album that would stand as both a tribute to, and celebration of, her outstanding career as a performer. What better way to do so than ask her to select her own, personal favourites from her recorded career?
An exclusive Chandos artist since 2010, Tasmin has made a series of recordings that have proved a cornerstone of the Chandos schedules for a decade, and feature a range of composers and styles of quite breath-taking variety. The first disc concentrates on concerti, and features both Walton’s and Britten’s concertos with Edward Gardner, along with the slow movement of her award-winning Elgar recording with Sir Andrew Davis. The second disc features works from Vivaldi though to Shostakovich via Brahms, and includes (among many other gems) her recording of Vaughan Williams’s iconic The Lark Ascending. It also celebrates Tasmin’s recital partnerships with three outstanding pianists: Piers Lane, Martin Roscoe, and John Lenehan.
As she writes in her booklet note: ‘I am very happy that this final, double-CD set should reflect so many aspects of me as a musician; and I remain full of gratitude for the tremendous opportunities I have been given to play and record with the greatest musicians of today. I hope you all enjoy this final release.‘
$24.95Add to basket ›