Prince: A Portrait of the Artist in Memories and Memorabilia 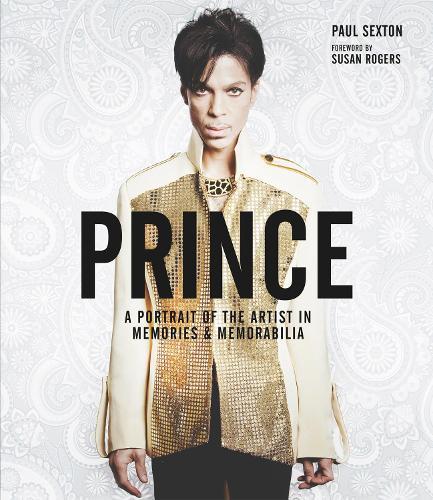 Prince: A Portrait of the Artist in Memories and Memorabilia

The seductive story of the unique artist that was Prince comes to life through these fascinating and rarely seen items. Photographs of custom-built guitars, beautifully crafted clothing and rare personalized recordings are all included alongside Prince expert Paul Sexton’s insightful text, which includes original interview material from people close to Prince. Prince Rogers Nelson was a musical phenomenon who constantly reinvented himself throughout his long and colourful career, changing his style and even his name to keep his artistic output fresh and funky. Eccentric and flamboyant with an impressive vocal range, Prince influenced many other musicians with his trademark mix of funk, rock and R&B. In addition to his remarkable musical output, Prince helped other performers on their path to stardom, written songs for a variety of artists and even directed (and starred in) his own movies. He produced over 35 albums, including ten platinum albums in a career that spanned 5 decades, with 80 million records sold worldwide. Fans around the world mourned his untimely death in 2016.