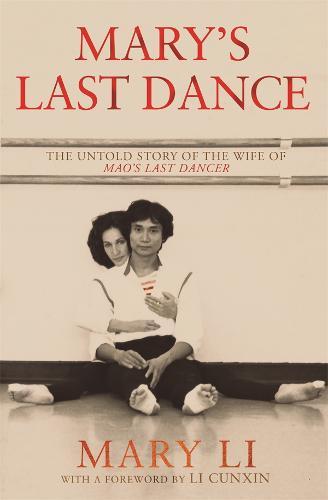 ‘I can vividly remember the last steps of the last ballet, walking off the stage and knowing the decision I had to make. That was my last dance.’
Mary Li (nee McKendry) is an international ballet star and a mother like no other. She became a household name when her husband Li Cunxin published his bestselling memoir, Mao’s Last Dancer - but that book told only half the story.
Growing up in a rambunctious family in Rockhampton, Mary discovered an extraordinary early passion for ballet. It saw her move to London at age sixteen, to study at the Royal Ballet School and dance at the London Festival Ballet with the likes of Nureyev, and later to Houston Ballet, where as Principal Dancer she fell in love with the acclaimed Chinese ballet dancer Li Cunxin.
The couple became the darlings of the dance world, and were happier than they could have imagined at the arrival of their firstborn daughter, Sophie. Then right at the height of her international career, Mary seemingly disappeared from view, leaving the fans aghast. What could have happened to cause a woman so committed, so talented, to give it all away in a heartbeat?
Now, almost twenty years on, fans finally get their answer about what happened next to this inspiring family, and learn why it is Mary’s turn to tell a truly remarkable tale. Mary’s Last Dance is a powerful and uplifting memoir about chasing an impossible dream, and sacrificing one’s own ambition for the love of a child. It is a moving and unforgettable story of passion, dedication and devotion - and the highly anticipated sequel to one of the world’s most beloved books.
$29.99Add to basket ›