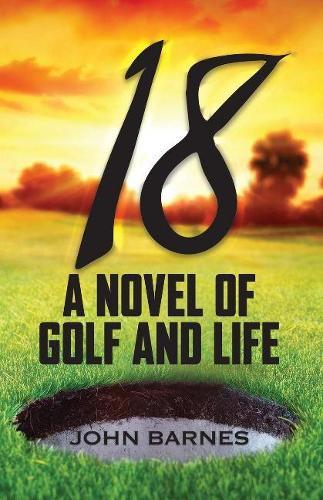 Craig Cantwell is well known as a journeyman millionaire and ‘the best professional golfer who has not won a major.’ His successful life as a tour pro is shattered when he is suspended from the PGA Tour. Without a place to compete and with a personal life tangled with drama, Craig has to find his way back to a life he knows. His fight is not with the scions of the tour, the public, or the scores of great golfers who would be his opponents. He has to prevail over the toughest of adversaries - himself. 18 beautifully tells the story of Cantwell and those in his life: Rachelle Keys, the mother of Craig’s daughter and a heroic FBI Agent. Kelly Keys, the new ‘IT’ girl of golf. Thomas Kincaid, agent and lawyer to the rich and scandalous. And Seth Reede, the personal development guru with a past more shocking than any fallen hero. Far more involved than just a tale of athletic triumph, 18 is a story of forgiveness, truth, courage, and redemption.