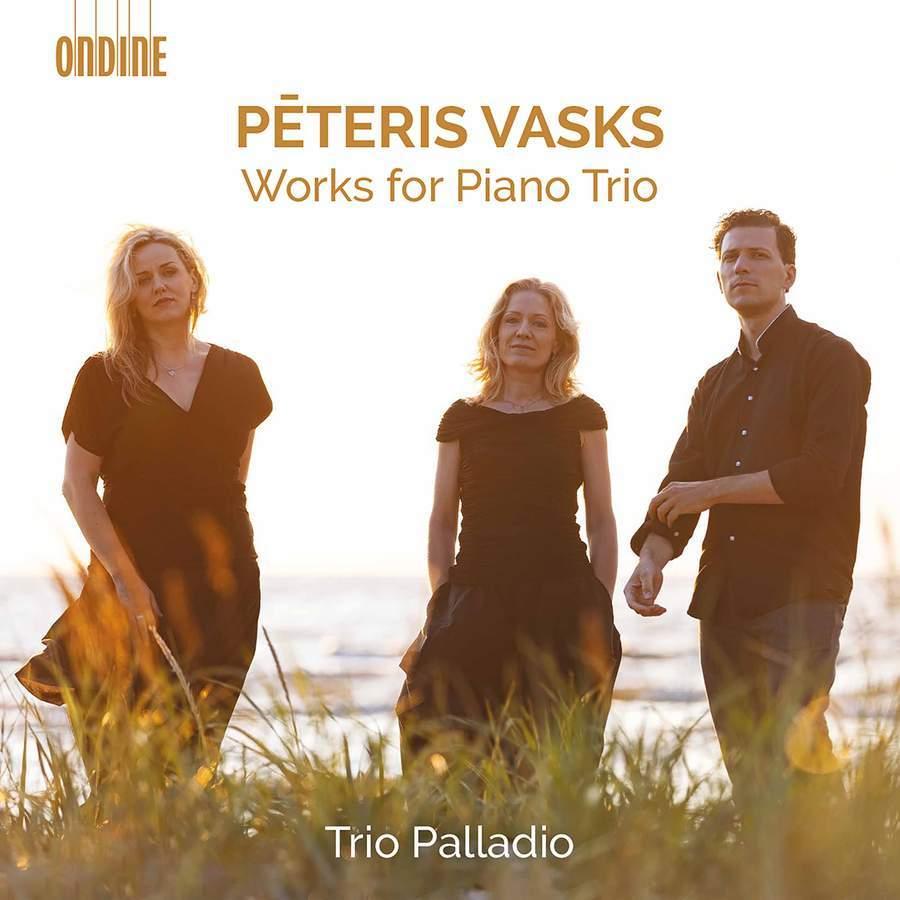 Latvian composer Peteris Vasks (b. 1946) has earned much international acclaim through his deeply spiritual works of choral music, symphonies and concertos. Vasks list of works also includes several pieces of chamber music. This album by Trio Palladio from Latvia includes Vasks works for the piano trio.

We listen to, we look for, and we learn about classical music all the time. And yet, somehow, sometimes we miss a gem. This is what discovering Peteris Vasks has been for me. Considered one of the most influential Latvian composers today, his life and works are fascinating. Confronted with repressive Soviet policies, his inspiration in aleatoric composition earned him no friends but in the 1990s, thanks to that champion of contemporary music Gideon Kramer, Vasks began to be heard outside his native land.

Trio Palladio, Latvian themselves, are inspired and named for the famous architect of the 1500s. The trio embody Palladio’s spirt of precision in their meticulous rendering of Vasks’ Piano Trios. Vasks is a deeply religious composer and Trio Palladio manage to bring out the moments of unearthly beauty contrasted by intense worldly difficulties. The Plainscapes, which was arranged by Vasks for this album, is a particular treat, with shades of Arvo Pärt in the held string notes. The influence of both Lutoslawski and Penderecki is also apparent throughout.

This album is an absolute must for anyone interested in what Western art music composers are producing in this extraordinary beginning to the twentyfirst century. You can feel the layers of history interwoven in Vasks’ musical language, with hints towards a bigger and, hopefully, better future.