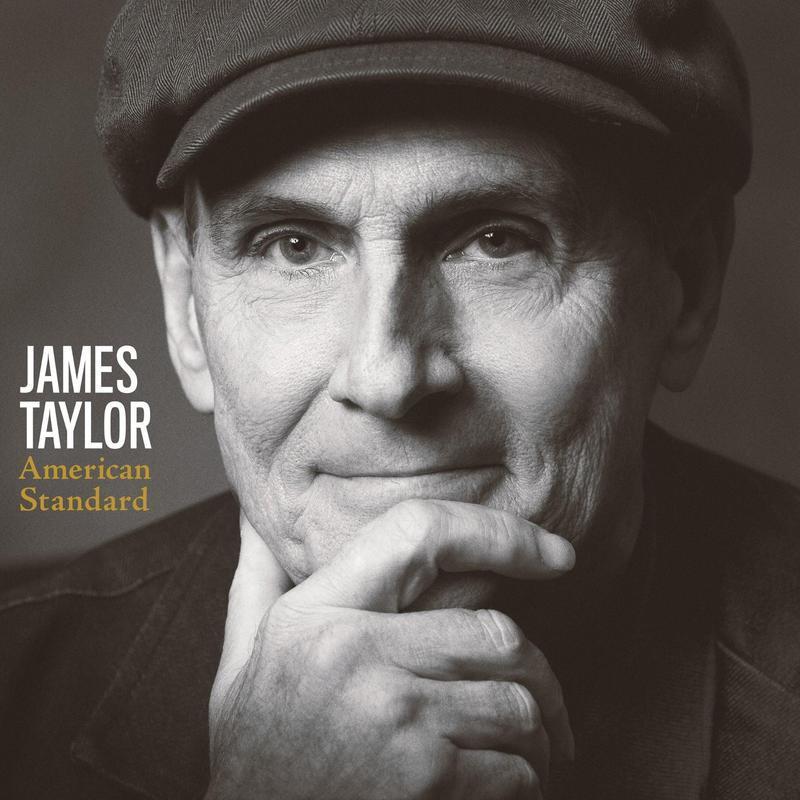 It takes an extraordinary artist to re-imagine some of the most beloved songs of the 20th century and make them completely their own. And that’s precisely what James Taylor has accomplished with his brand-new album, American Standard. Recalling the best of James' early work, he infuses new sounds and fresh meaning into these timeless works of art. While these 14 carefully chosen interpretations naturally feature James' warm, one-of-a-kind vocal ability and incomparable musicianship, what makes this collection so unique is the inventive way James and his fellow co-producers, longtime collaborator Dave O'Donnell and famed musician John Pizzarelli, approached the project. Unlike most who have tackled similar material, “American Standard’s” beautifully simple, stripped-down arrangements are based on James' skillful acoustic guitar work rather than piano and the affect is mesmerizing.
American Standard is the follow-up to James' first-ever #1 album, 2015’s Before This World. It was primarily recorded at his home studio, The Barn in Washington, MA., with additional work done at United Recording and Capitol Studios in Los Angeles and Treasure Isle and Blackbird Studios in Nashville. An all-star array of Taylor’s musical comrades makes significant contributions here including drummer, Steve Gadd; percussionist, Luis Conte; electric bassist, Jimmy Johnson; upright bassist, Viktor Krauss; keyboardist, Larry Goldings; fiddler, Stuart Duncan; dobroist, Jerry Douglas; and vocalists, Arnold McCuller, Kate Markowitz, Andrea Zonn and Dorian Holley.
A small sampling of the album’s inspired repertoire includes James' swinging take on Walter Donaldson and George A. Whiting’s “My Blue Heaven,” a huge hit for crooner Gene Austin in 1928; Frederick Loewe and Alan Jay Lerner’s enduring “Almost Like Being In Love,” from the score of the musical Brigadoon; Hoagy Carmichael and Ned Washington’s enchanting “The Nearness of You,” first popularized in 1940 by the Glen Miller Orchestra; Frank Loesser’s jaunty “Sit Down, You’re Rockin' the Boat,” from the Broadway smash Guys and Dolls; Richard Rodgers and Oscar Hammerstein II’s fiercely anti-racist “You’ve Got To Be Carefully Taught,” from South Pacific; and James' superb reading of the Billie Holiday-Arthur Herzog Jr. classic, “God Bless The Child.”
Growing up in a musical family, James fell in love with the exquisite melodies, impeccable phrasing and concise storytelling of the early era songwriting masters absorbing the qualities that would become essential to his work in popular music a few years later. American Standard is a reminder of the things that make James Taylor so special, a supreme dedication to his craft and an abiding appreciation for the everlasting power of the American song.
$21.95Add to basket ›