Rising Heart: One Woman’s Astonishing Journey from Unimaginable Trauma to Becoming a Power for Good 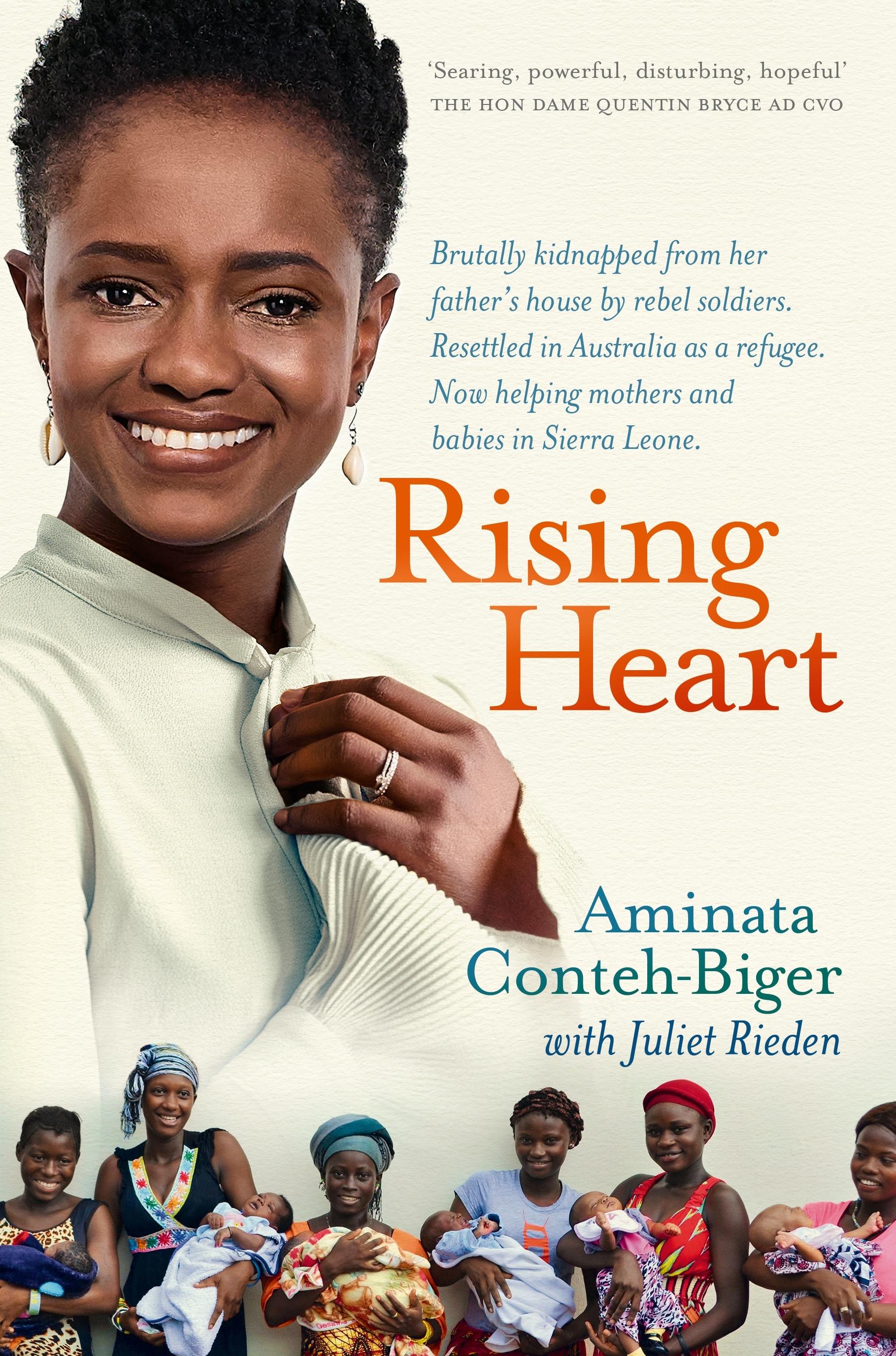 Rising Heart: One Woman’s Astonishing Journey from Unimaginable Trauma to Becoming a Power for Good

‘Rising Heart will never leave you; searing, powerful, disturbing, hopeful.’ The Honourable Dame Quentin Bryce AD CVO
The astonishing tale of a woman determined to turn her trauma into the power for good in the world.
In 1999, Sierra Leone teenager Aminata Conteh-Biger was kidnapped from her father’s arms during the brutal eleven-year civil war in her country. Violence, amputation and the rape of young women and girls were all weapons deployed in the bloody conflict; in this environment, Aminata was held captive for months.
On release, the UNHCR recognised that Aminata’s captors still posed a serious threat to her safety. Barely twenty years old, she was put on a plane, flown to Australia - a land she had barely heard of - and told to start again.
Refusing to let her trauma define her, she eventually built a life for herself, but a near-death experience during the birth of her first child turned her attention to the women of Sierra Leone, where mothers are 200 times more likely to die having a baby than in Australia. So she set up the Aminata Maternal Foundation, and went back to help.
‘An incredible story of hope and transformation, one that we can all learn from.’ Emma Isaacs, Founder and Global CEO, Business Chicks
$34.99Add to basket ›