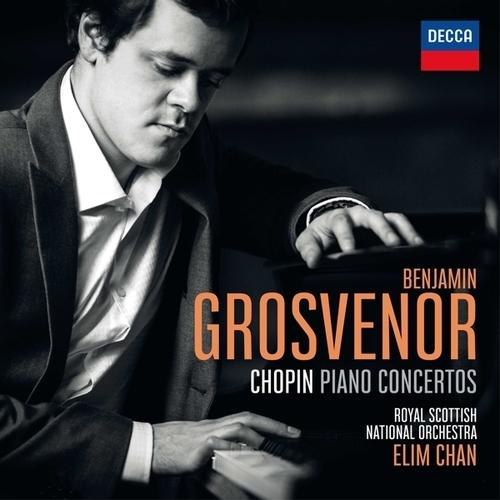 These works have been an integral part of Grosvenor’s repertoire since the beginning of his adolescence: ‘Chopin was the first composer with whom I felt a strong connection when I was a child. I have always been attracted by his music and his piano concertos are among the best in the repertoire.’

Recorded with Elim Chan and the Royal Scottish National Orchestra (RSNO), the record marks Benjamin’s fifth album on Decca Classics, following the hugely successful Homages in 2016, and is his first orchestral album since 2012.
$24.95Add to basket ›