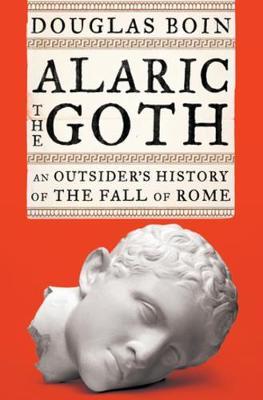 In the conventional story of Rome’s collapse, violent barbarians destroy civilization. Yet from a different point of view, those stale generalities become a history shockingly alive and relevant.
Alaric grew up near the river border that separated Gothic territory from the Romans. He survived the emperor’s decision to separate immigrant children from their parents, sending them hundreds of miles from their families or forcing them into slavery. Later, he was denied citizenship despite his service in the army, as Romans were deeply conflicted over who should enjoy its privileges: they wanted to buttress their global power, yet were insecure about Roman identity; they depended on foreign goods, but scoffed at foreign ways and mocked foreigners with a potent mix of bigotry and intolerance.
The three nights of riots the Goths brought to the capital in ad 410 - led by Alaric - struck fear into the hearts of the powerful, but were not without cause. Through Alaric’s story, Douglas Boin reveals the Goths' complex and fascinating legacy in shaping the history we thought we knew, but had never imagined from their perspective.
$41.95Add to basket ›