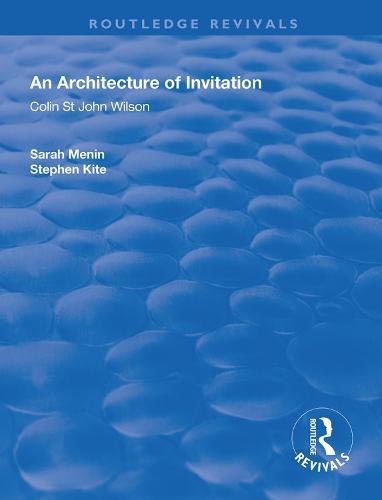 First published in 2005, An Architecture of invitation: Colin St John Wilson is a distinctive study of the life and architectural career of one of the most significant makers, theorists and teachers of architecture to have emerged in England in the second half of the twentieth century. Exceptionally in an architectural study, this book interweaves biography, critical analysis of the projects, and theory, in its aims of explicating the richness of Wilson’s body of work, thought and teaching. Drawing on the specialisms of its authors, it also examines the creative and psychological impulses that have informed the making of the work - an oeuvre whose experiential depth is recognised by both users and critics.