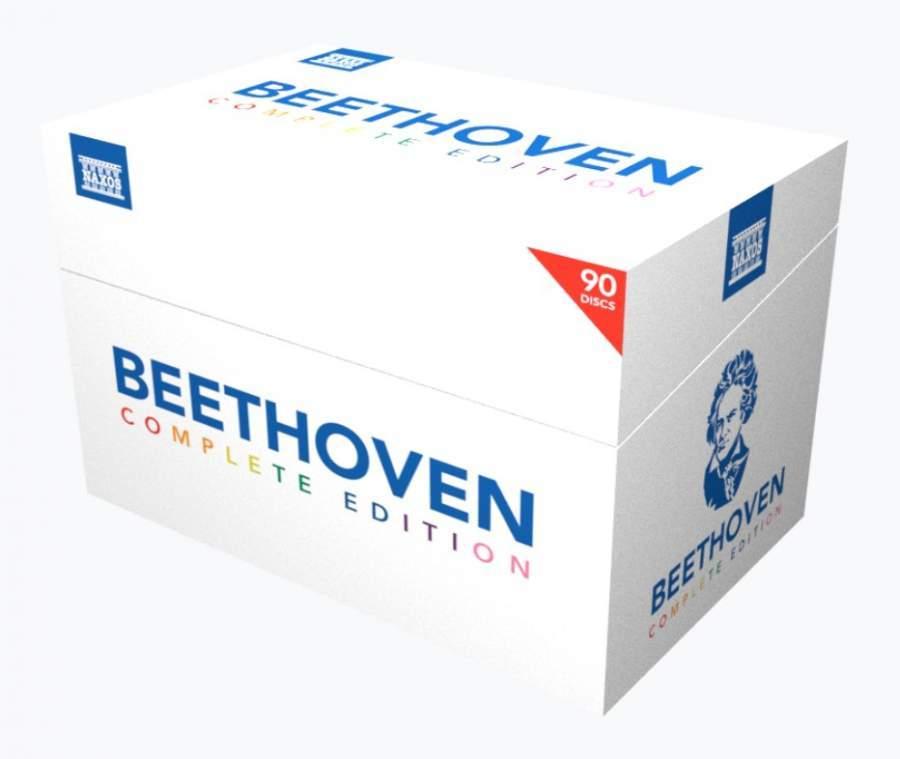 Beethoven’s monumental contribution to Western classical music is celebrated here in this definitive collection marking the 250th anniversary of the composer’s birth. Surveying the totality of his career and achievement, the Complete Edition spans orchestral, concerto, keyboard, chamber, music for the stage, choral and vocal works, encompassing his most familiar and iconic masterpieces, alongside rarities and recently reconstructed fragments and sketches in world premiere recordings. The roster of artists and ensembles includes some of Beethoven’s greatest contemporary exponents, in performances that have won critical acclaim worldwide.

● Accompanied by an authoritative and compelling note, the repertoire included spans Beethoven’s orchestral, concerto, keyboard, chamber, music for the stage, choral and vocal works. Encompassing his most familiar and iconic pieces as well as only recently discovered rarities, it is a truly thorough and exhaustive compendium of a complex genius.

● The track list features a host of fragments, sketches, drafts, arrangements, transcriptions and reconstructions - some of which have never before been recorded - that reveal a very intimate, personal insight into the inner workings of Beethoven as a composer.

● Musical director of the Unheard Beethoven project Willem Holsbergen was the key consultant on this boxed set. Together with producer Mark S. Zimmer, Holsbergen has tirelessly created an exhaustive archive of rarities, unheard works and forgotten pieces that have been left uncovered for centuries, and granted them a new lease of life through his own reconstructions and realisations.

● Also includes the first recording of the narrated version of The Ruins of Athens.

● Bonus: Free downloads - purchasers of the box may download two albums from Liszt’s transcriptions of Beethoven’s symphonies and songs. Coupon code with details included in the box.

● Beethoven demands musicians bring their own dialogue to performances, and while the artists featured - ranging from experienced readers such as the Kodály Quartet, Takako Nishizaki and Boris Giltburg, to fresh interpreters - exceed these expectations in their renderings, with performances that have won critical esteem worldwide, all are bound by the fervour within his writing.