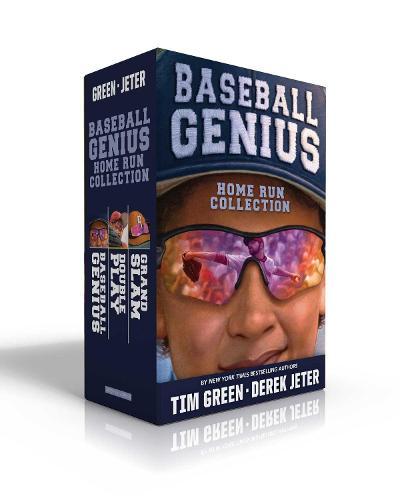 From New York Times bestselling authors Tim Green and Derek Jeter comes a collectible hardcover boxed set that features all three novels in the Baseball Genius series! Jalen DeLuca loves baseball. He’s playing for his summer travel team and trying to win a regular spot in the rotation. But Jalen’s got more than talent on the field. He’s a baseball genius. He can analyze and predict almost exactly what a pitcher is going to do with his next pitch. He can’t quite explain how he knows-he just knows. Jalen’s unique ability helps him save the career of the Yankees star baseman, James JY Yager, but it also brings him into conflict with the GM of the Yankees who’d like nothing more than to see JY off the team. Jalen works to help his new friend, but applying his skills to his own game might be the bigger challenge. Will Jalen figure out how to use his baseball genius both on and off the field? This home run of a boxed set includes: Baseball Genius Double Play Grand Slam