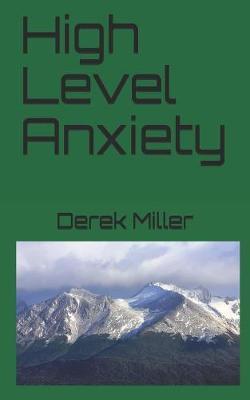 Chad Robinson was a local hero in his small mountain community of Moose Ridge, Nevada high in the Northern Sierra-Nevada Mountains. He had climbed every mountain within a 100 mile radius. It didn’t matter how difficult or technical the climb was - he had scaled it. Over time Chad had become recognized as one of the top mountain climbers in the United States.But what was once an intense passion and love to climb mountains for the personal challenge eventually became a demanding career, guiding climbers up mountains for money. Whatever it took to land the big dollar clients and get as many of them to the summit soon became the primary objective.The life of a mountain climbing guide has dramatic highs and devastating lows. For Chad, owner of Mountain Mania; there is a constant struggle of what’s right and what’s wrong.He found himself looking for ways to distinguish himself and the company, competing for media attention and corporate sponsorship - taking on more clients and daring routes under ever-more-harrowing conditions. For Chad it was an ever challenging ethical dilemma to balance what was morally right and what was irresponsible mountaineering.Having to make never ending decisions that have a direct impact on the lives of clients, himself, and his fellow coworkers is a large burden to bear.This story reveals the anguish of defeats and the unadulterated joy of successes in the world of mountaineering.