The Awakening and Selected Stories 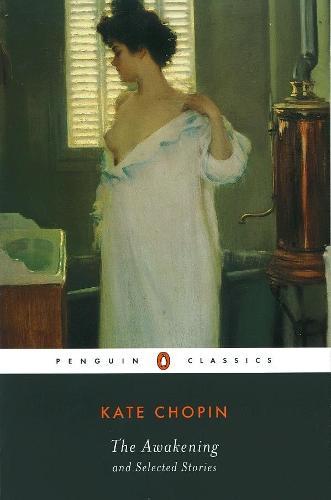 The Awakening and Selected Stories

The Awakening and Selected Stories is Kate Chopin’s groundbreaking depiction of a woman who dares to defy the expectations of society in the pursuit of her desire, edited with an introduction by Sandra M. Gilbert in Penguin Classics. When ‘The Awakening’ was first published in 1899, charges of sordidness and immorality seemed to consign it into obscurity and irreparably damage its author’s reputation. But a century after her death, it is widely regarded as Kate Chopin’s great achievement. Through careful, subtle changes of style, Chopin shows the transformation of Edna Pontellier, a young wife and mother, who - with tragic consequences - refuses to be caged by married and domestic life, and claims for herself moral and erotic freedom. In her introduction, Sandra M. Gilbert considers the issues explored in the novel and the stories collected here (including ‘Emancipation’, ‘At the 'cadian Ball’, and ‘Desiree’s baby’) from their growth out of the feminist literary tradition of the nineteenth century, to their place among other concerns of fin de si cle writers in America and Europe, to their impact on contemporary feminist writing. Katherine O'Flaherty (1850-1904), known by her married name Kate Chopin, was an American author of short stories and novels. Her works appeared in literary magazines and popular American periodicals of the day, including Vogue and The Atlantic. In 1899, her second novel, The Awakening, was published to much outrage and harsh criticism based upon moral, rather than literary, standards. If you enjoyed The Awakening and Selected Stories, you might enjoy Jean Rhys’s Good Morning Midnight, also available in Penguin Classics.