The Blue Hen’s Chick: An Autobiography 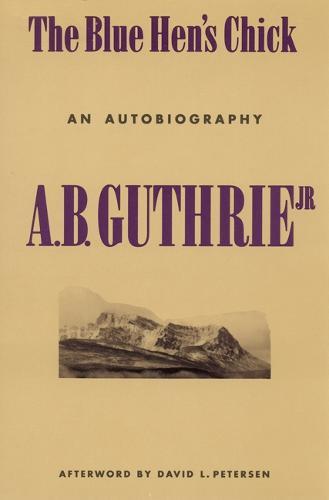 The Blue Hen’s Chick: An Autobiography

It was a fine country to grow up in. To find riches, a boy had only to go outside, writes A. B. Guthrie, Jr., aobut his childhood in Montana early in the twentieth century. This autobiography was originally published in 1965 when he was sixty-four and still had miles to go. It recounts lively adventures and reflects on a career that brought fame for The Big Sky (1947) and led to the Pulitzer Prize for The Way West (1949). In an afterword David Petersen, who edited Big Sky, Fair Land: The Environmental Essays of A. B. Guthrie, Jr. (1988), describes the last twenty-five years of Guthrie’s life. The world-famous author died in 1991 at the age of ninety.