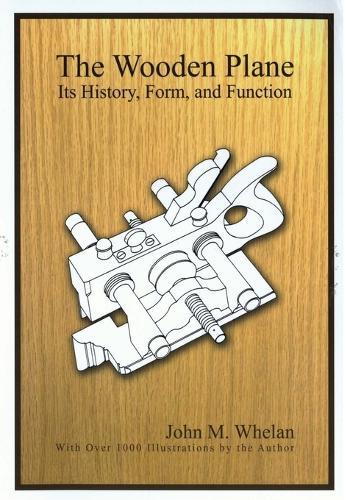 A comprehensive reference that has been called a work of clarity and imagination so influential it virtually defines its subject, this book describes, illustrates, and classifies all types of wooden planes from the common to the rare and unusual – tracing their development and explaining their use. Included are both American and English planes, and also French, Dutch, German, Japanese and Chinese. Over 500 pages long, with more than 1,000 illustrations, it also includes: Chapters that describe and illustrate over 90 simple and 300 complex molding profiles; a description and explanation of the planes used by specific trades: the Cooper, Sashmaker, Coachmaker, Wheelwright, Planemaker, Organ Builder, Staircase Builder, Basketmaker, Rulemaker, Chairmaker, and Patternmaker; an Appendix that outlines a system for naming and classifying molding profiles, and another for identifying and classifying any plane based on its physical shape.