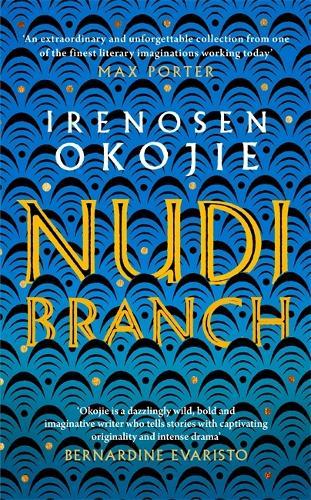 Nudibranch is Irenosen Okojie’s second collection of short stories, a follow up to Speak Gargantular which was shortlisted for the 2016 Jhalak Prize and 2017 Edge Hill Short Story Prize.
The collection focuses on offbeat characters caught up in extraordinary situations - a mysterious woman of the sea in search of love arrives on an island inhabited by eunuchs; dimensional-hopping monks navigating a season of silence face a bloody reckoning in the ruins of an abbey; an aspiring journalist returning from a failed excursion in Sydney becomes what she eats and a darker, Orwellian future is imagined where oddly detached children arrive in cycles and prove to be dangerous in unfamiliar surroundings.
Irenosen Okojie was a recipient of the 2016 Betty Trask Award and in 2015, the Evening Standard named her as one of top debut novelists of the summer for her novel, Butterfly Fish. Her writing has been featured in the Guardian and Observer and has been lauded by the likes of fellow writers such as Rupert Thompson, Ben Okri and Michele Roberts.
$35.00Add to basket ›