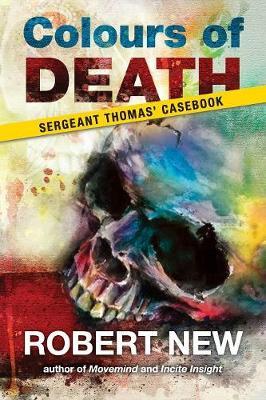 What colour death would you fear the most?
From the author of Movemind and Incite Insight, comes a collection of nine detective stories where colour plays a role in the mystery.
Including:
Blue Bloods: A high school awards ceremony turns to tragedy when the audience turns blue as they die.
The 11th Killer: A serial killer’s hair colour could be the key to their capture.
The Storyteller: An arsonist is trapping people in burning buildings, just to write a story about the rescuers.
Black Death: After a body is dumped in public, working out how the victim died is harder than decoding the intended message.
Fear the Red Man: An incident with the Red Man haunts Detective Thomas, but may also be the key to solving a new case.
$16.00Add to basket ›