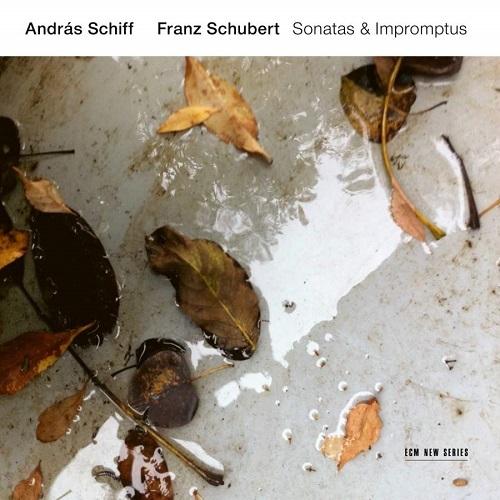 In the latest chapter in Sir Andras Schiff’s ongoing documentation of Franz Schubert’s music, the great pianist plays the Four Impromptus D 899, and compositions from 1828, the last year of Schubert’s too brief life: the Three Pieces D 946 (“impromptus in all but name” notes Misha Donat in the CD booklet), the C minor Sonata D 958 and the A major Sonata D 959.
Schiff again chooses to use his fortepiano made by Franz Brodmann in Vienna, around 1820. “It is to me ideally suited to Schubert’s keyboard works,” he has said. “There is something quintessentially Viennese in its timbre, its tender mellowness, its melancholic cantabilita.”
Critics have agreed, unanimous also in their praise of Schiff’s interpretations: “I cannot think of anyone of his calibre who has mastered the fortepiano as well as the modern piano and shown such distinction on both,” wrote Stephen Plaistow in Gramophone. “In Schubert Schiff has a claim to be considered sovereign among today’s players, carrying forward the reading and interpretation of him into areas that others have not fully explored.”
Among other accolades, the first volume of Schiff’s exploration of Schubert on fortepiano was ‘Recording of the Month' in both BBC Music Magazine and Gramophone, ‘Editor’s Choice' in Classical Music magazine and International Piano’s ‘Choice'.

The piano is a fascinating instrument that went through many iterations before it became what we know it as today. Originally known as the ‘fortepiano’, it was the first keyboard instrument to reliably play ‘forte’ (loud) and ‘piano’ (soft). Through many more tweaks, trials and changes it became the modern concert grand piano and the original fortepiano fell out of production in the late eighteenth century. With the rise of the historical performance movement in the second half of the twentieth century, however, some modern piano masters started to revitalise the instrument for modern performers to explore their unique sound.

This sound is at the forefront of Andras Schiff’s latest Schubert offering. From the opening chords, the sweetness of the instrument makes Schubert’s works sparkle. All the works chosen for this album were written towards the end of Schubert’s life (he died in 1828) and show a maturity in compositional style, as seen in the obvious Beethoven influences that he twists in a particularly Schubertian manner.

This recording was made with Schiff’s own instrument, an original (but refurbished) 1820 Franz Brodmann Viennese fortepiano. Combined with Schiff’s ease and delicacy of touch, his fortepiano is just right for these works in a way no modern piano can ever quite replicate.