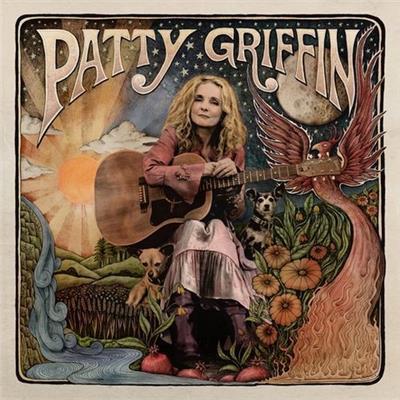 Patty Griffin is among the most consequential singer-songwriters of her generation, a quintessentially American artist whose wide-ranging canon incisively explores the intimate moments and universal emotions that bind us together.
Over the course of two decades, the Grammy Award winner - and seven-time nominee - has crafted nine classic studio albums and two live collections. Collectively her albums have sold over 1 million copies in the United States alone.
She returns with her 10th, and only eponymous album.
The album was recorded predominantly at Griffin’s home in Austin, TX, with Griffin and longtime collaborator Craig Ross co-producing, while the band is made up of a number of friends and frequent accompanists, including Ross, guitarist David Pulkingham, drummer/percussionist Conrad Choucroun, cellist Lindsey Verrill, pianist Stephen Barber, and Robert Plant, who contributes backing vocals to the LP’s What Now and Coins.
$49.95Add to basket ›