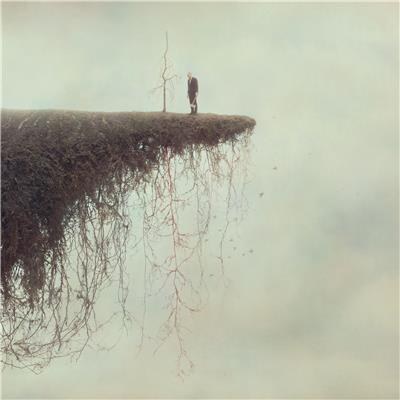 The first two Gloaming albums were simple affairs, the band gathering in a studio to record songs they had worked out while playing live.
This time was different. Bartlett says only three of the 10 songs had been road-tested. So instead of The Gloaming playing as a quintet, Bartlett and Ó Lionáird got together in New York a handful of times to work out the songs, the assembled the band for three days in Bartlett’s Manhattan studio - where he shares space with Nico Muhly and Sufjan Stevens - to lay down the bulk of the record, before Bartlett spent a month knitting it together.
But instead of losing spontaneity, The Gloaming gained something new from the process. “Rather than having these big chunks of music we knew had a particular shape and were set in stone, I was able to make more precise decisions about where the emotional turns happen and showcase Martin and Caoimhín in different ways to where it’s material we’ve all played together, so they have both developed exactly what they are going to do before we record. Whereas with this, I could think, ‘Now I’m going to get just Caoimhín playing this tune and I can build up around it.’ There’s a little more depth and specificity this time around.”

Irish traditional/contemporary ensemble The Gloaming follow up their ground-breaking and bestselling previous two albums with The Gloaming 3. There’s nothing original about the title, but the band’s intention to bring Irish traditional music into the modern era is continued in this album. When they started playing together, two-guitar duo Martin Hayes and Dennis Cahill never imagined they would perform at some of the most esteemed venues in the world, but with The Gloaming they have been doing exactly this since 2011. Bringing in rock producer and piano-playing Irish and minimalist music fan Thomas Bartlett was the master stroke that brought all five members together and made The Gloaming the amazing collaboration that it is. Once again traditional singer Iarla Ó Lionáird has brought along Gaelic poetry to give the songs a fully atmospheric treatment.

These arrangements seem more daring and creative than previous recordings from The Gloaming. The opening track, ‘Meáchan Rudaí (The Weight of Things)’ has got a lot going on musically. It opens with repetitive keyboards, and then gradually develops with incredibly soulful singing, hybrid fiddle drones and scrapes from Caoimhín Ó Raghallaigh, beautiful piano accompaniment from Bartlett and some Irish fiddle tunes interspersed throughout. The second track, ‘The Lobster’ is classic The Gloaming: a slow fiddle tune that gradually brings in other instruments – piano, guitar, and a second fiddle – all the while cranking up the intensity and excitement. The third track, ‘Áthas (Joy)’ sees Ó Lionáird deliver another soulful performance and dials things back before the next set of tunes – the stately fiddle and piano piece, ‘The Pink House’. All ten tracks are impeccably played and arranged.

The Gloaming 3 will certainly be in many of 2019’s ‘best of’ lists, and is a great start for new music this year.