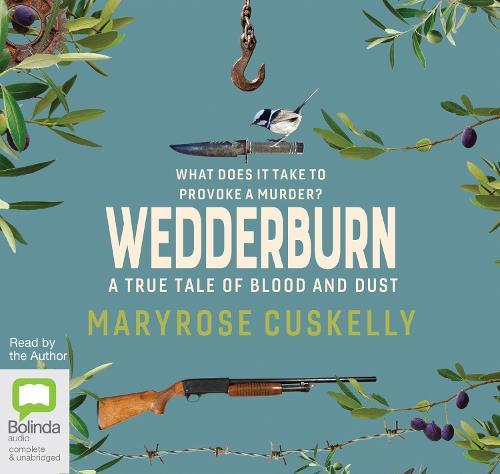 ‘The slaughter was extravagant and bloody. And yet there were people in the small town of Wedderburn in Central Victoria who, while they did not exactly rejoice, quietly thought that Ian Jamieson had done them all a favour.’ One fine Wednesday evening in October 2014, 65-year-old Ian Jamieson secured a hunting knife in a sheath to his belt and climbed through the wire fence separating his property from that of his much younger neighbour Greg Holmes. Less than 30 minutes later, Holmes was dead, stabbed more than 25 times. Jamieson returned home and took two shotguns from his gun safe. He walked across the road and shot Holmes’s mother, Mary Lockhart, and her husband, Peter, multiple times before calling the police. In this compelling book, Maryrose Cuskelly gets to the core of this small Australian town and the people within it. Much like the successful podcast S-Town, things aren’t always as they seem: Wedderburn begins with an outwardly simple murder but expands to probe the dark secrets that fester within small towns, asking: is murder something that lives next door to us all?