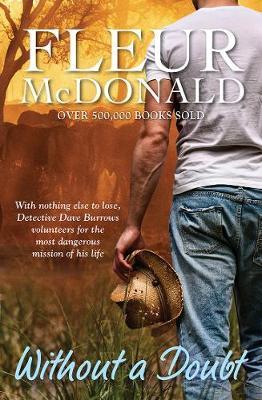 Detective Dave Burrows returns in the most compelling and exciting case of his early career.
In Barrabine, as Dave’s workload skyrockets, Melinda, Dave’s wife, is unhappy about being left alone so much to raise their eighteen-month-old daughter, Bec. It’s not how Dave wants it either, but complaints, leads and crimes all have to be investigated - it’s what he joined the force for.
Melinda’s interfering father isn’t helping. He’s never thought that Dave was right for his daughter and he’s not shy about telling Dave what he’s doing wrong. When things come to a head at home, Dave’s policing mate, Spencer, comes up with a plan.
In the most dangerous mission of his life, Dave knows what he’s risking. If he’s found out, he’ll never see Melinda or Bec again. Of that he’s sure.
$29.99Add to basket ›