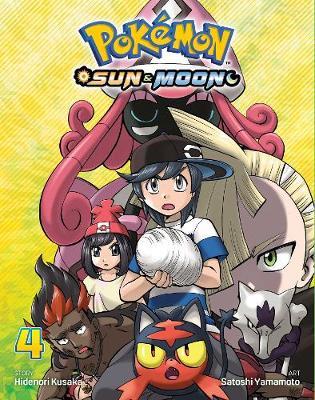 Awesome adventures inspired by the best-selling new Pokemon Sun & Moon video games set in the tropical Alola Region! Sun dreams of money. Moon dreams of scientific discoveries. When their paths cross with Team Skull, both their plans go awry… Will Sun ever learn to master the Z-Move? Several obstacles stand in his way! Trial Captain Kiawe might be able to teach him, but first Sun and Moon have to rescue Kiawe from a Team Skull attack. Then Sun has to get his hands on a Z-Ring. And if he manages all that, he still has to prove his mettle to Island Guardian Tapu Lele! And will Sun deliver his special order of berries?