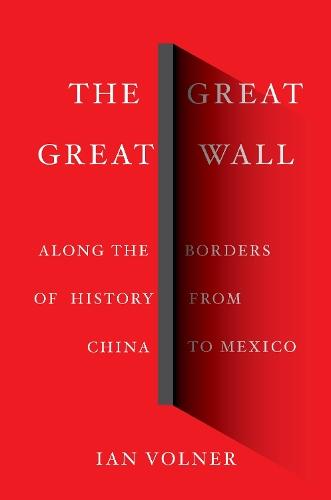 During his campaign for the presidency, one of Donald Trump’s signature promises was that he would build a great great wall  on the border between the US and Mexico, and Mexico wasgoing to pay for it. A year and a half into his term, with only a few prototype segments erected, thewall is the 2,000-mile, multibillion-dollar elephant in the room of contemporary American life.
In The Great Great Wall, architectural historian and critic Ian Volner takes a deep dive into the story of Trump’s wall. Volner follows the conception, selling, design, and construction (or lack thereof)of this expensive and consequential barrier, giving readers a detailed look at what’s happening inWashington, DC, and along the border. He also travels far afield, to China, the Middle East, Northern England, and back to our border to examine the barriers we’ve been building for centuries. Why dowe build walls? What do they reveal about human history? The Great Great Wall is an absorbing, smart, and timely book on anincredibly contentious and newsworthy topic.
$39.99Add to basket ›