Sabina Spielrein and the Poetry of Psychoanalysis: Writing and the End of Analysis 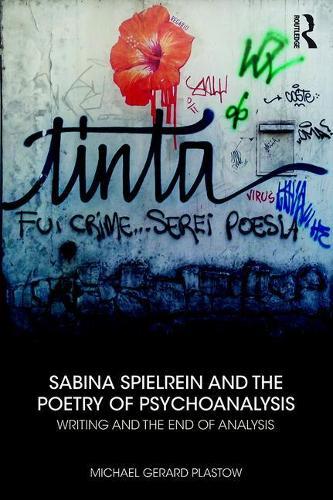 Sabina Spielrein and the Poetry of Psychoanalysis: Writing and the End of Analysis

Sabina Spielrein, who has been mostly known for her relation with her analyst Carl Jung, came to the attention of the wider public following the discovery and publication of some of her diaries and personal letters some 40 years ago. The focus on her relationship with Jung and her personal story have consequently led to a neglect of her writings, with many of her crucial texts even remaining untranslated into English. Sabina Spielrein and the Poetry of Psychoanalysis seeks to re-address this distortion of her legacy by examining her original contribution to the field, such as her early analytical work with children.
Spielrein referred to moments of intimacy between herself and Jung as “poetry”. Indeed, as a response to what can be considered the inevitable failure in her relationship to Jung, Spielrein wrote poetry and songs, notes, and theoretical papers. These writings are examined here as her means of finishing her own analysis. She was the first person to become an psychoanalyst through her own psychoanalysis, a path that would later be recognised as a necessary part of the training for any analyst.
The book traces the poetry of Sabina Spielrein’s writing through both its content and style, examining the effect of these writings upon psychoanalysis and inserting them into a lineage of what Lacan would later call the passe: a device that is open for the analysand to finish his or her analysis and accede to the place of psychoanalyst. This book will be of interest to scholars and practitioners of psychoanalysis and other clinicians, including those who work with children, those interested in the early history of psychoanalysis, and those concerned with women’s writing more generally.
$73.99Add to basket ›