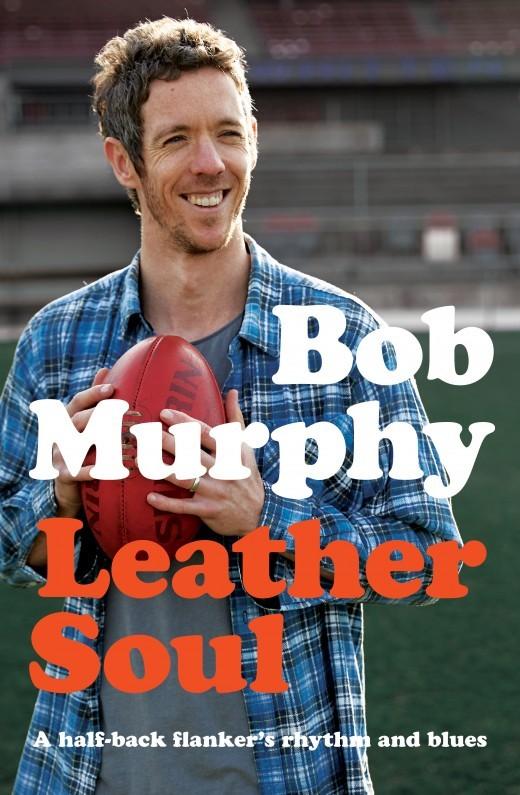 ‘The Footscray winters and the glorious liniment-scented afternoons. All of the laughs, the scraps, the yarns and the characters: they all left a mark on me. And I wouldn’t change any of it.‘ - Bob Murphy
Bob Murphy has never been a typical footballer. Music buff, Age columnist and Winnebago driver, he is as comfortable in a Fitzroy café or the front bar of a grungy pub as he is in the locker room.
In this unique memoir, Murphy takes the reader inside his seventeen-year career, including his three years as captain of the Bulldogs, exploring the people, places and events that shaped him. From playing backyard cricket in 1980s Warragul to Community Cup with Paul Kelly in the 2000s, and from the joy of marrying his high school crush to the agony of a season-ending ACL rupture: the man described as the spirit of the Bulldogs has soul, and it’s made of leather.
How did the country kid with a gypsy’s heart become an All-Australian captain? What’s it like to have your club reach the Grand Final for the first time in sixty-two years, and have to cheer from the sidelines? How does it feel to realise you can no longer do the things that made you great?
The great Australian football bard Martin Flanagan has long insisted Bob Murphy has a book in him like no footballer has written. Leather Soul proves him right.
$39.99Add to basket ›