The Bootle Boy: an untidy life in news 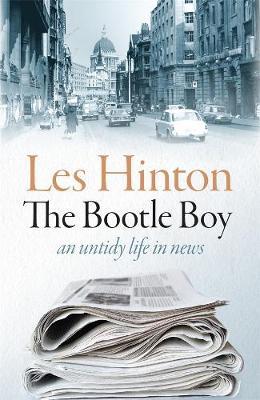 The Bootle Boy: an untidy life in news

When Les Hinton first fulfils his schoolboy dream of working on Fleet Street, it is still a place awash in warm beer, black ink, fag ash, and hot metal. Fifty-two years after being sent out to buy a sandwich for his first boss, one Rupert Murdoch, when Les finally leaves Murdoch’s employment in 2011, the business of news has been turned upside down, in a tumble of social and technological change.

Les Hinton has been present at and noiselessly directed several key scenes in that tale of revolutionary transformation, as employee and later head of Murdoch companies in newspapers, magazines, and television, on three continents over five decades, in Wapping and Wall Street, Australia and California.

Born amid the rubble of the blitzed docklands of Bootle, and schooled by an itinerant Army childhood, he came to the centre from the periphery, just as Murdoch did. There, with a gang of like-minded outsiders, he set about redrawing the map of the media.

Hinton depicts the upheavals that swept his trade with the same widescreen perspective and sharp colours he deploys to show us how politicians from Clinton to Blair, from Brown to Cameron, alternately canoodled and raged inside their arranged media marriages. We see the death of Diana, the IRA bombings, the charisma of Bill Clinton, and the phone-hacking scandal from a revelatory new angle. And we get the most undeluded and undiluted portrait yet of the man who is perhaps the last of the great press barons.

Above all, emerging out of Hinton’s scintillating stories of half a century of Murdoch and news revolutions, comes the voice of a wandering Liverpudlian who is still in love with the life of a newspaperman, and now the author of one of the defining media memoirs of our age.