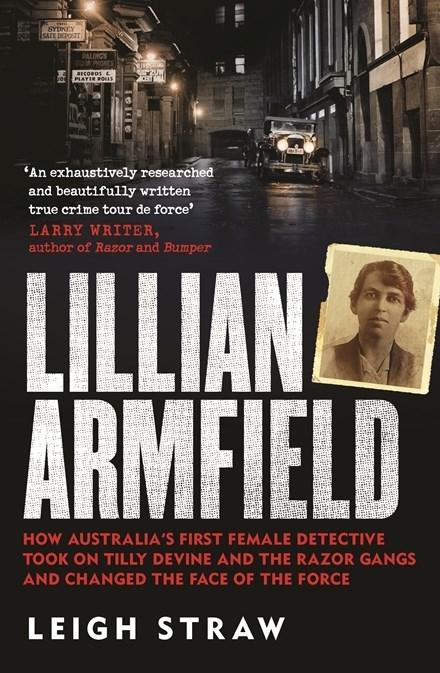 An engaging account of an extraordinary, trailblazing woman - Australia’s first female detective - Lillian Armfield is also the vivid and gripping story of the origins of Sydney’s organised crime underbelly.

‘Special Constable’ Lillian Armfield was policing Sydney’s mean streets during some of the most dramatic years of crime in the city. By the late 1920s, eastern Sydney was the heartland of organised crime and the notorious turf battles known as the Razor Wars, where bloodied bodies were strewn across streets after late-night clashes between rival gangs. At first disapproved of by her male colleagues, and often working solo and undercover, Lillian investigated it all - from runaway girls, opium dens and back-street sly grog shops to drug trafficking, rape and murder. She dealt with the infamous crime figures of the day - Tilly Devine, Kate Leigh, ‘Botany May’ Smith and their associates - who eventually accorded Lillian a grudging respect.
Lillian Armfield’s life and achievements were extraordinary. She paved the way for the women of today’s police force and her amazing story is also a compelling chapter in Australian true crime history.
$32.99Add to basket ›