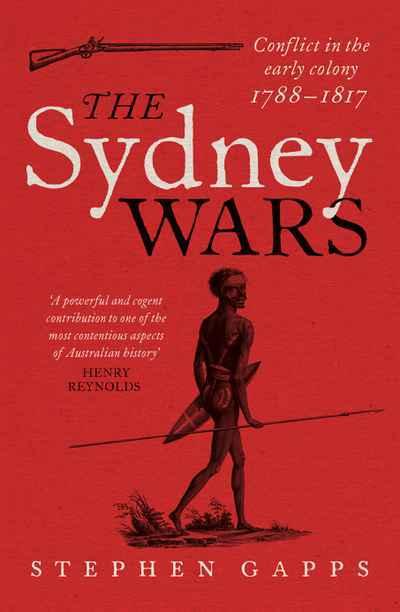 The Sydney Wars tells the history of military engagements between Europeans and Aboriginal Australians - described as ‘this constant sort of war' by one early colonist - around the greater Sydney region.
Telling the story of the first years of colonial Sydney in a new and original way, this provocative book is the first detailed account of the warfare that occurred across the Sydney region from the arrival of a British expedition in 1788 to the last recorded conflict in the area in 1817. The Sydney Wars sheds new light on how British and Aboriginal forces developed military tactics and how the violence played out.
Analysing the paramilitary roles of settlers and convicts and the militia defensive systems that were deployed, it shows that white settlers lived in fear, while Indigenous people fought back as their land and resources were taken away. Stephen Gapps details the violent conflict that formed part of a long period of colonial strategic efforts to secure the Sydney basin and, in time, the rest of the continent.
$34.99Add to basket ›

END_OF_DOCUMENT_TOKEN_TO_BE_REPLACED

The Battle of Long Tan: The Company Commanders Story