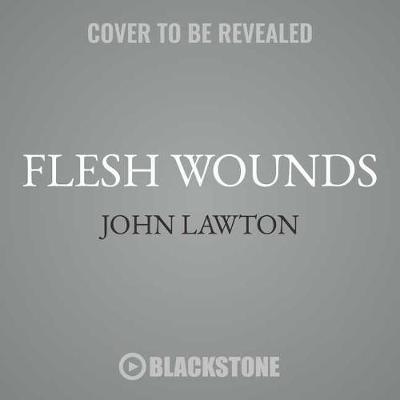 Praised for their riveting, ingenious plot twists, John Lawton’s series of espionage thrillers featuring Chief Inspector Frederick Troy of Scotland Yard have an uncanny ability to place readers in the thick of history. Now in Flesh Wounds, an old flame has returned to Troy’s life: Kitty Stilton, wife of an American presidential hopeful. Private eye Joey Rork has been hired to make sure Kitty’s amorous liaisons with a rat pack crooner don’t ruin her husband’s political career. But he also wants to know why Kitty has been spotted with Danny Ryan, whose twin brothers, in addition to owning one of London’s hottest jazz clubs, are said to have inherited the crime empire of fallen mobster Alf Marx. Before Rork can find out, he meets a gruesome end. And he isn’t the only one: bodies have started turning up around London, dismembered in the same bizarre and horrifying way. Is it possible that the blood trail leads back to Troy’s own police force and into Troy’s own forgotten past? Flesh Wounds, a compulsively readable thriller, finds one of our most able storytellers at the height of his game.