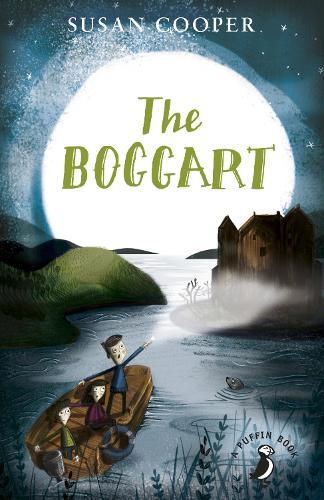 Accidentally transported from his remote Scottish castle to the bright, fast-moving, hi-tech city of Toronto, the highly mischievous Boggart simply can’t resist the opportunity for pranks, and wreaks havoc for the Volnik family, inheritors of his distant castle home. But the Boggart doesn’t mean any real harm, and when he begins to pine for the rolling Scottish mists and the sound of bagpipes, he turns to his two young friends, Emily and Jessup Volnik, for help.
A delightfully funny and moving story for children.

When Devon MacDevon, the last clansman of his familial line, passes away in his old castle in remote, coastal Scotland, his estate is bequeathed to his estranged greatnephew, Robert Volnik, living in Canada.

As kinsmen, Devon and Robert couldn’t have come from more different worlds. The MacDevons were an old, notable Scottish clan that had lived in the Western Highlands of Scotland for centuries. This heritage was forsaken by Devon’s sister, Robert’s grandmother, when she married outside her clan and emigrated to Canada.

Because of the bequest, Robert, his wife, and children travel to Scotland to explore their heritage. They stay a while at Castle Keep, their inherited home, built centuries earlier on a large solitary rock surrounded by a loch. But what the family don’t realise is that they have also become the custodian of a Boggart: an invisible, mischievous creature born of Old Magic that loves to play tricks on humans. The question is, will the Volnik family recognise the pestiferous creature (the Boggart) behind the mayhem and foolery disrupting their lives, or will these antics be misunderstood and reasoned away by logic, disappearing into obscurity just like old Scottish folklore?

This book is an enchanting, spirited read full of trickery and delightful mishaps that will entertain young readers aged 9–12.