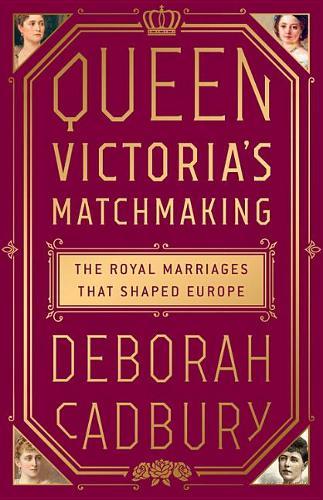 From an award-winning historian, this is the fascinating, untold story of Queen Victoria’s vain attempt to thwart true love, forge political unions, and bind the royal families of Europe together against anarchy, socialism, and, above all, Russia.
At the time of her Golden Jubilee in 1887, Queen Victoria had more than twenty grandchildren coming of age across Europe. The connections she arranged through her children’s marriages–into the royal families of Germany, Denmark, Russia, and more - were symbols, she believed, of European peace and security. Yet as she encouraged her grandchildren to solidify this stability through their own marriages, Victoria found herself frustrated and deterred. Not only were her descendants unwilling to submit to her wishes, but the whole of Europe was strained, tense, and defensive. The era of arranged marriages–of royal celebrations and matrimonial bargaining - was ending.
Queen Victoria’s Matchmaking is an intimate portrait of the legendary queen as she navigated both the continent’s shifting power structures and her grandchildren’s wayward decisions. By the turn of the twentieth century, her grandson Kaiser Wilhelm was marching through his cousin’s countries. By the end of the First World War, three grandchildren had lost their thrones, and some had lost their lives.
Through thoroughly researched, captivating storytelling, Deborah Cadbury expertly examines the conflicts of power, love, and duty - and reveals how Queen Victoria’s matchmaking profoundly shaped history.
$16.99Add to basket ›