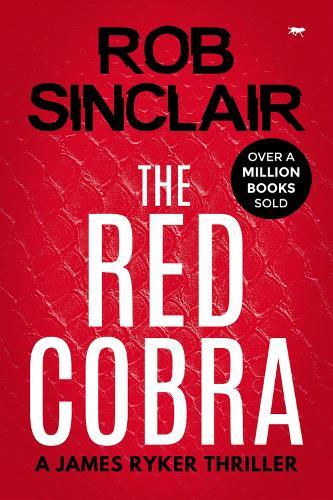 From the author of the Enemy series: James Ryker thought he’d gotten away from the chaos and violence of espionage. He couldn’t have been more wrong … Carl Logan dedicated nearly twenty years to the Joint Intelligence Agency. Now living in a secret location, under the new identify of James Ryker, he wants nothing more than to be left alone to start a new life away from chaos, violence, destruction and deceit. It’s not long, however, before Ryker’s short-lived idyll is destroyed when he’s tracked down by Peter Winter, his ex-boss at the JIA. Winter brings news of the murder of a woman in Spain, Kim Walker, whose fingerprints match those of one of Ryker’s former adversaries who’s been missing presumed dead for years-an infamous female assassin known as the Red Cobra. A cyber attack at the JIA led to the Red Cobra’s profile being compromised, and Winter believes JIA agents may now be at risk too, Ryker included. But Ryker knew the elusive Red Cobra better than anyone, and when he sees the grisly pictures of Kim Walker’s corpse, he has news for Winter-she isn’t the assassin at all … So just who is the mystery dead woman? And where is the real Red Cobra? The Red Cobra is a fast-paced thriller filled with twists, turns, and intrigue from the bestselling author of the highly acclaimed Enemy series of espionage thrillers featuring Carl Logan, among other gripping novels. Praise for the bestselling novels of Rob Sinclair: This is a real page-turner, impossible to put down. -Publishers Weekly