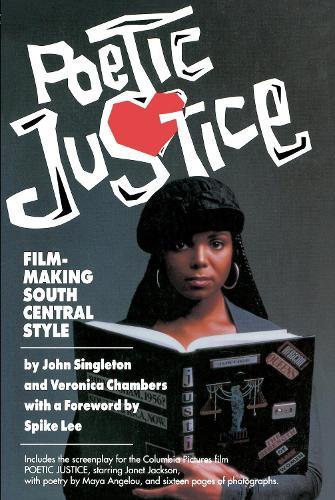 Includes a foreword by Spike Lee, the screenplay for the film Poetic Justice (starring Janet Jackson), poetry by Maya Angelou, and sixteen pages of photographs from the set At twenty-four, John Singleton became the youngest filmmaker and only African American to ever be nominated for Best Director (and Best Screenplay) for Boyz N the Hood, his debut feature film. Only a year after receiving such sensational acclaim, Singleton returned to the Hood with Poetic Justice, a movie starring Janet Jackson and featuring the poetry of Maya Angelou. In this vivid document of moviemaking, Premiere editor Veronica Chambers shadows Singleton from the early days of preproduction through the final editing, moving from the streets of South Central to Oakland to Big Sur and beyond. By recording the daily struggles and triumphs of the cast and crew, she captures the unique voice and vision of a singular American filmmaker. In Boyz N the Hood, [John Singleton] was able to capture something very real, an element in black American life, maybe all of American life–the duality of our life, the ambiguity, the schizoid nature of our life. And that is that we are loving people who become destroyers; we are destructive people who become love. Quite often, we are portrayed as things with no redeeming qualities or Martin Luther Kings with no chicanery, no cruelty. John had the courage to give life to these falsehoods. –Maya Angelou